Bars to Care: A Comparison of County Spending on Mental Health Services vs. Local Jails in 2019

On January 1st, New York's new bail reform law went into effect. This law, fought for by communities across the state, was designed to reduce the number of people and families harmed by pretrial incarceration, protect the constitutional right to the presumption of innocence, and address the criminalization of poverty and of Black and brown communities.Before the passage of bail reform, New York's fifty-seven counties outside of New York City spent $705.5 million jailing legally innocent people each year.

This system of mass pretrial incarceration coerced plea deals and destabilized individuals who were often in dire needof support, not pretrial punishment. By some estimates as many as 84% of people in New York jails had a substance use disorder or mental illness. National surveys show that 20% of people incarcerated in local jails have a "serious mental illness" like bipolar disorder or schizophrenia. Without bail reform, New York's local jails would have continued to function as warehouses for people failed by social services and social policy, including people struggling with mental health needs, substance use, and homelessness.

Bail reform is already working. Each day, there are 6,000 fewer people incarcerated pretrial in New York's local jails.Thousands of people can thus return to their families and receive the treatment and care they need as they await their date in court. With the state budget deadline fast approaching, this is a critical moment for New York's legislature to protect the new law from regressive changes, and instead commit to shifting resources to the services - education, healthcare, mental healthcare, and housing - that keep communities safe and thriving. To do so, we must re-examine the staggering sums counties have historically spent on jailing compared to community-based resources. 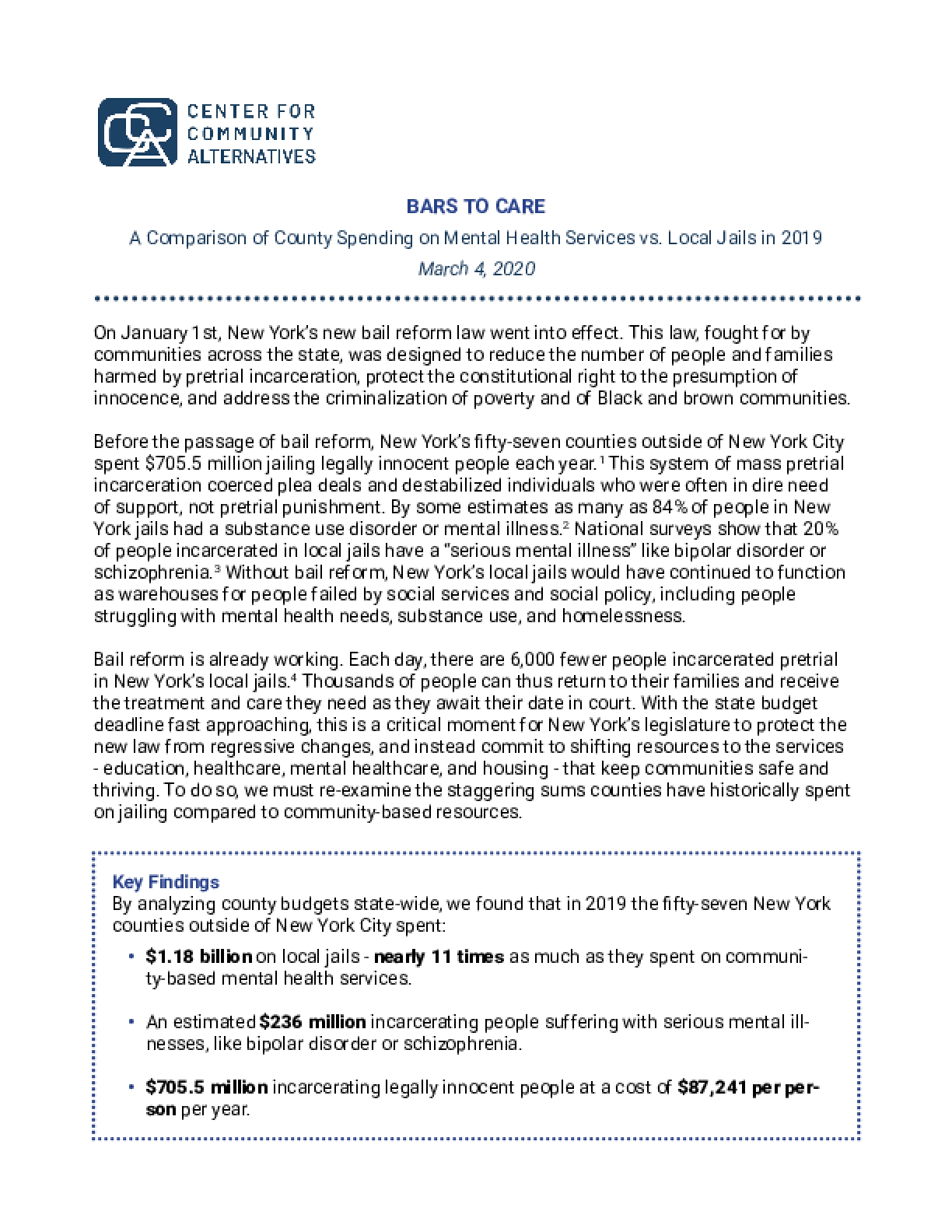