Can Roanoke, Virginia, Become the Next Bilbao? Taubman Museum of Art

In November 2008, after a $68 million project to build a new museum building in Roanoke was complete, the Taubman Museum of Art reopened. The $15 million needed to fund the new building was still to be raised, and by the end of the 2008 fiscal year (FY) in July, $14.4 million had been borrowed. Before the move, the museum was provided with its space free of any rental, maintenance, security, custodial, and utility fees by a local operating foundation at its Center in the Square. After the move, the costs of staffing and maintaining the facility far exceeded estimates, while the revenues proved far below expectations. In the first year, the museum's operating budget before depreciation was $5.5 million. In fiscal year 2009, an additional $2.8 million had been borrowed and $945,000 paid in interest. This debt expense alone was larger than the entire pre-expansion operating budget. For the grand opening, the Taubman Museum had hired additional staff for a total of 52, but the financial pressure forced four rounds of layoffs, during which the staff was trimmed to 17. At the same time, the admission fee increased, from nothing before the project's beginning to $3 during the capital campaign to $10.50 after opening. Even after these drastic measures, the museum is still struggling, fighting for its very survival. Moreover, other arts organizations complained that the museum had become a drain into which cultural funds were being sucked from foundations and philanthropists in Roanoke Valley.

Why did the Taubman Museum's fortunes change so drastically after its move? To what extent was the new building -- rather than the depressed economy -- to blame for the severity of its crisis? What measures during the planning process could have been taken to prevent this catastrophe? 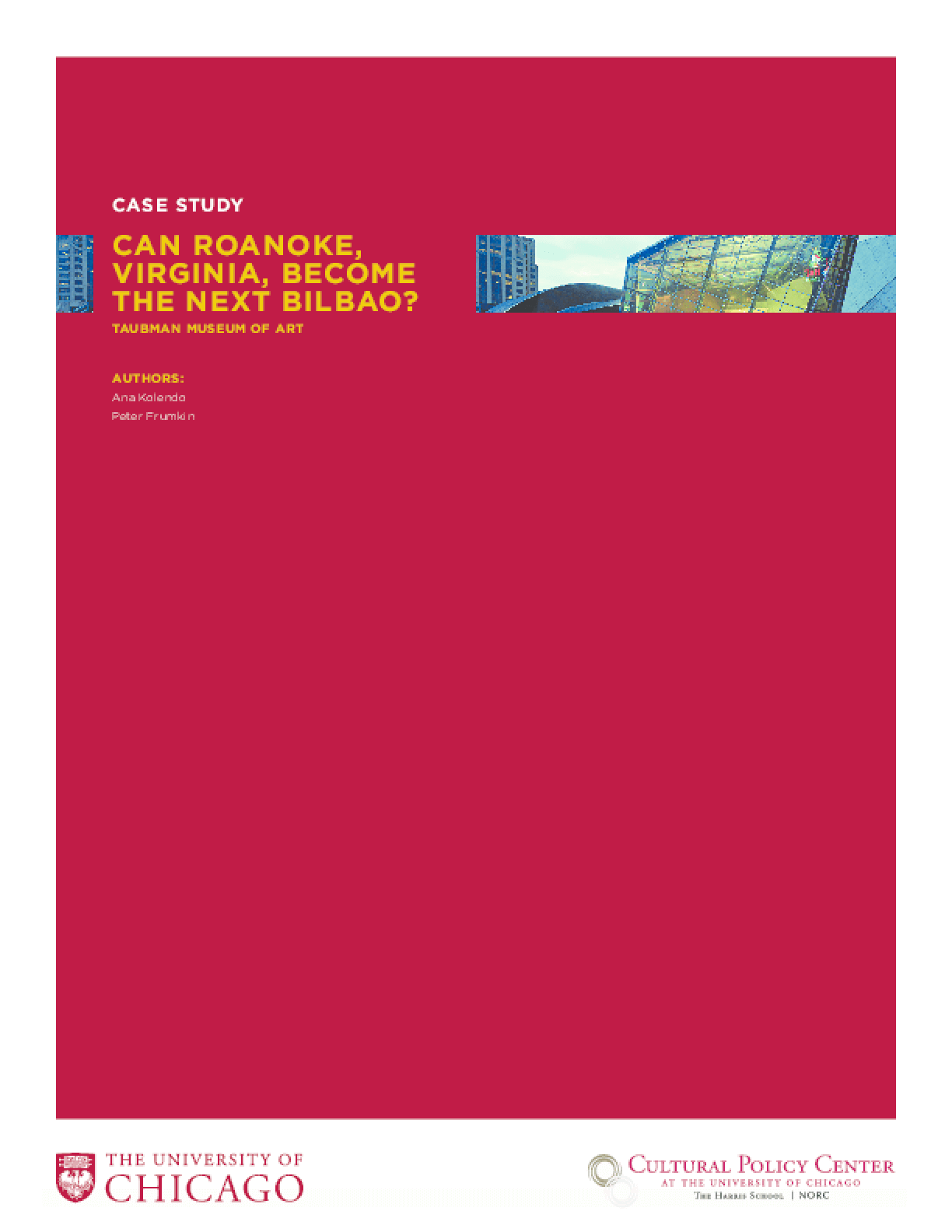