A new analysis of grantmaking by 50 of the state's largest independent foundations finds that at least 39 percent of California-focused grants benefited populations of color. According to Embracing Diversity: Foundation Giving Benefiting California's Communities of Color, in 2005 alone, these 50 California-based foundations awarded a minimum of 2,700 grants totaling nearly $300 million to support health, education, social services, and other programs that serve ethnically or racially diverse populations. 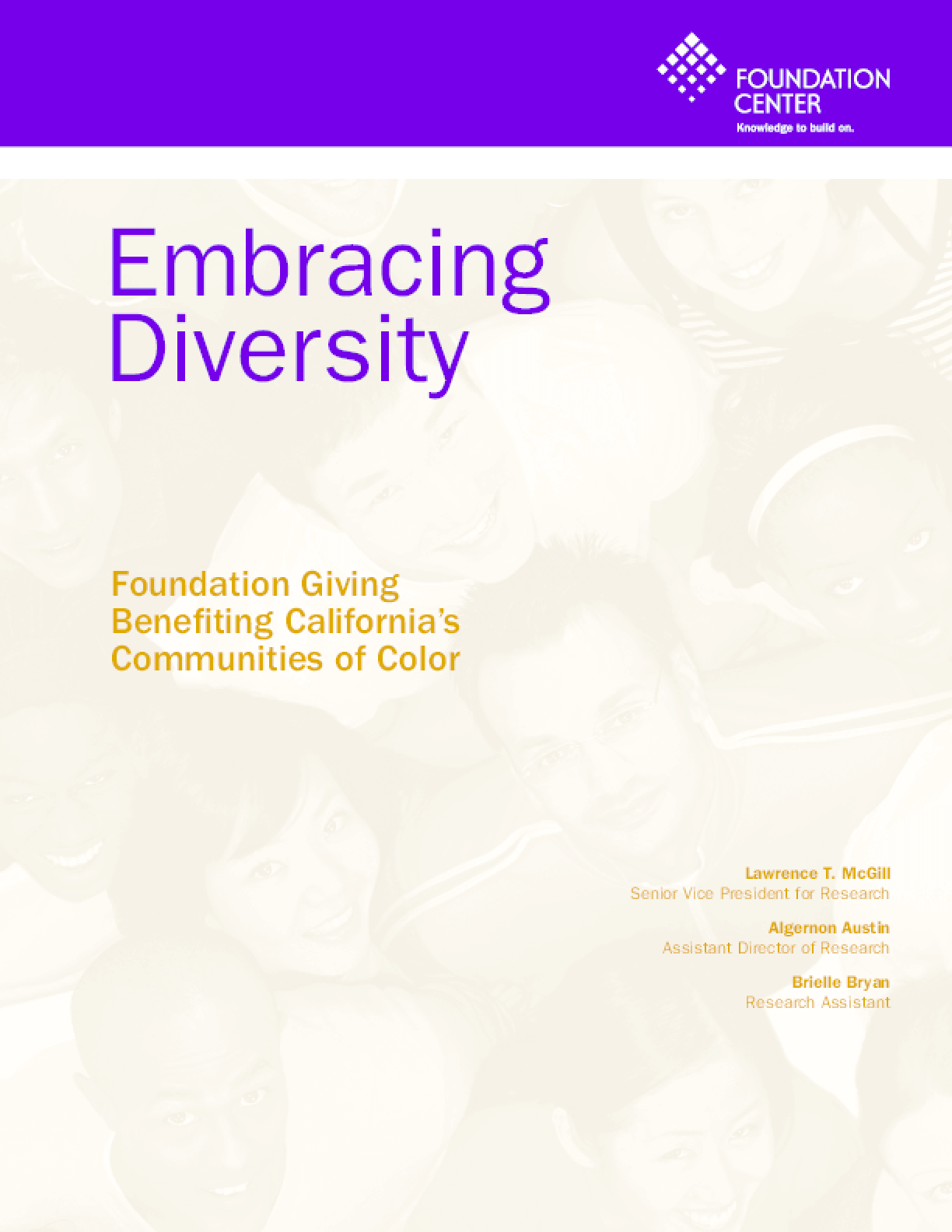