In the specific case of cash benefits such as social pensions, disability allowances and non-contributory job-seekers allowances financed by general taxation rather than contributions by the individual concerned (so-called special non-contributory cash benefits - SNCBs), the study shows that economically non-active EU mobile citizens account for a very small share of beneficiaries and that the budgetary impact of such claims on national welfare budgets is very low. They represent less than 1% of all such beneficiaries (of EU nationality) in six countries studied (Austria, Bulgaria, Estonia, Greece, Malta and Portugal) and between 1% and 5% in five other countries (Germany, Finland, France, The Netherlands and Sweden).

The study also found that: 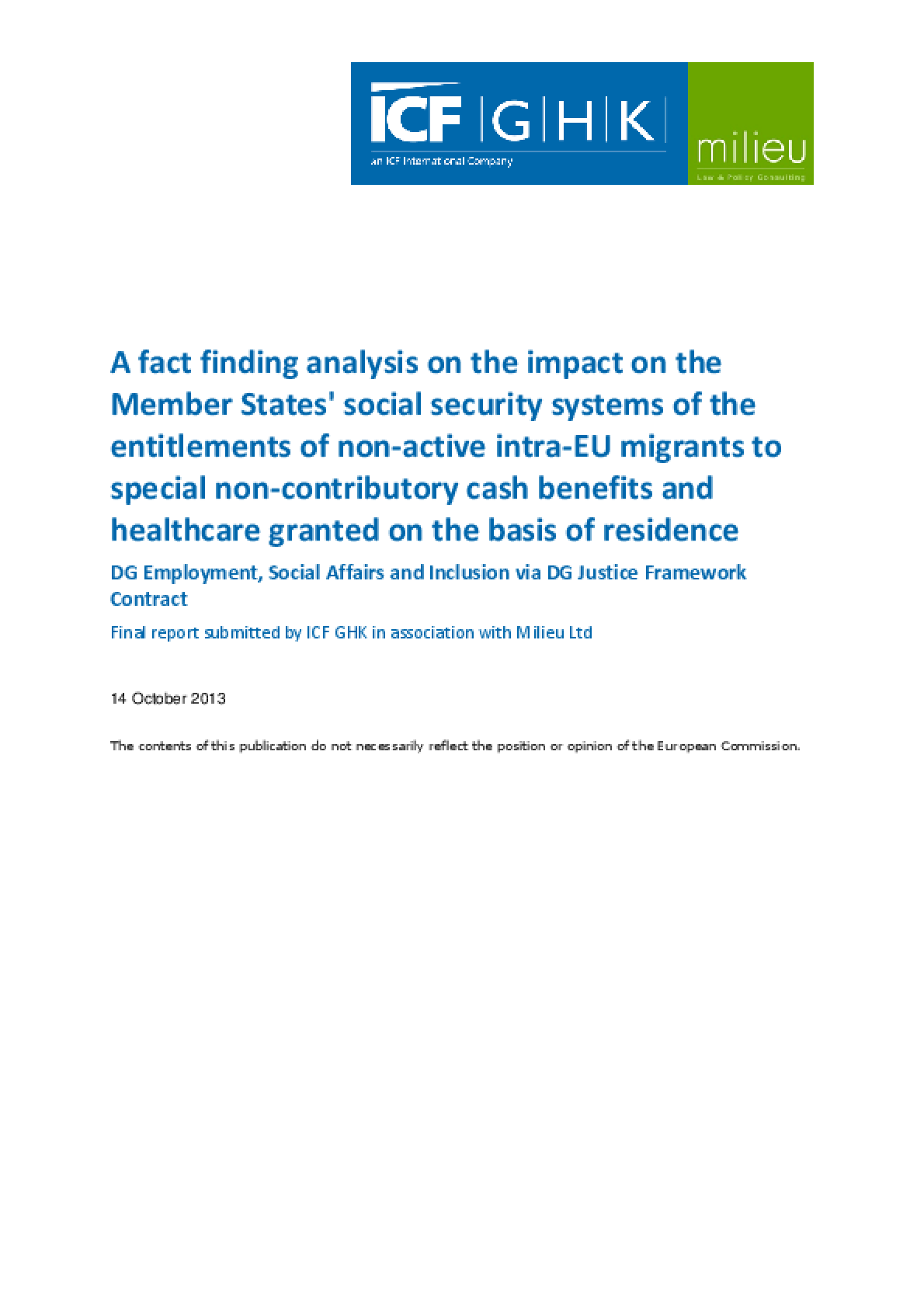