Giving by U.S. foundations totaled an estimated $46.9 billion in 2011, surpassing the $46.8 billion pre-recession peak recorded in 2008. Yet, after accounting for inflation, contributions by the nation's more than 76,600 foundations were down slightly from 2010. According to Foundation Growth and Giving Estimates (2012 Edition), if the Bill & Melinda Gates Foundation were excluded from the totals, 2011 giving would actually have gone down by roughly 3 percent after inflation.

Independent and family foundations -- which represent the vast majority of U.S. foundations -- increased their charitable contributions by less than 2 percent to $33.1 billion before inflation. 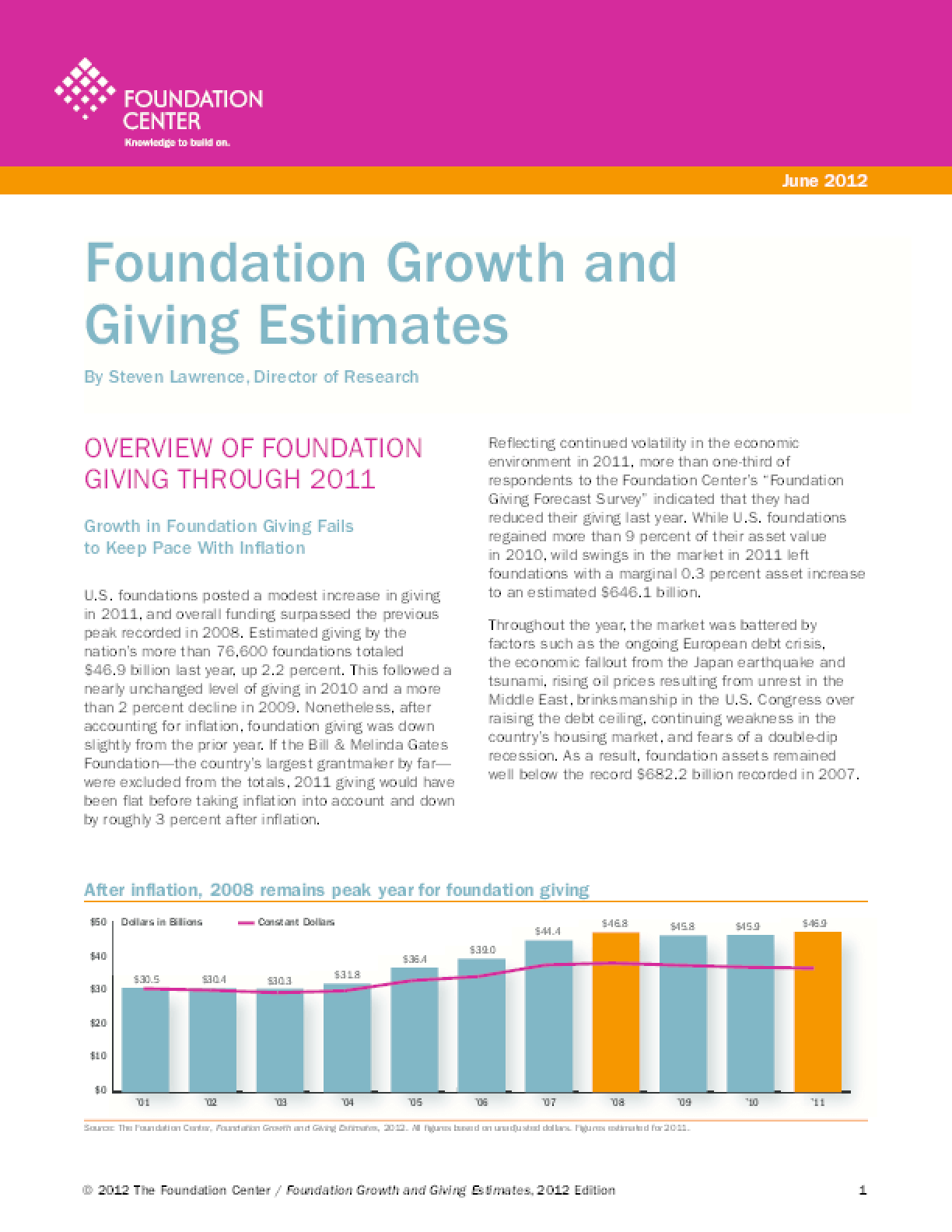