More than 1,300 of the largest U.S. private and community foundations increased funding for nearly all of the 10 major subject areas in 2007, despite the first signs of an economic downturn in the latter half of the year. Overall, grant dollars awarded by sampled foundations rose 13.2 percent between 2006 and 2007, and seven of the major fields posted double-digit gains in support. These fields included education, the environment and animals, health, human services, public affairs/society benefit, science and technology, and the social sciences. The number of grants awarded by sampled foundations increased 7.1 percent, from 140,484 to 150,392. 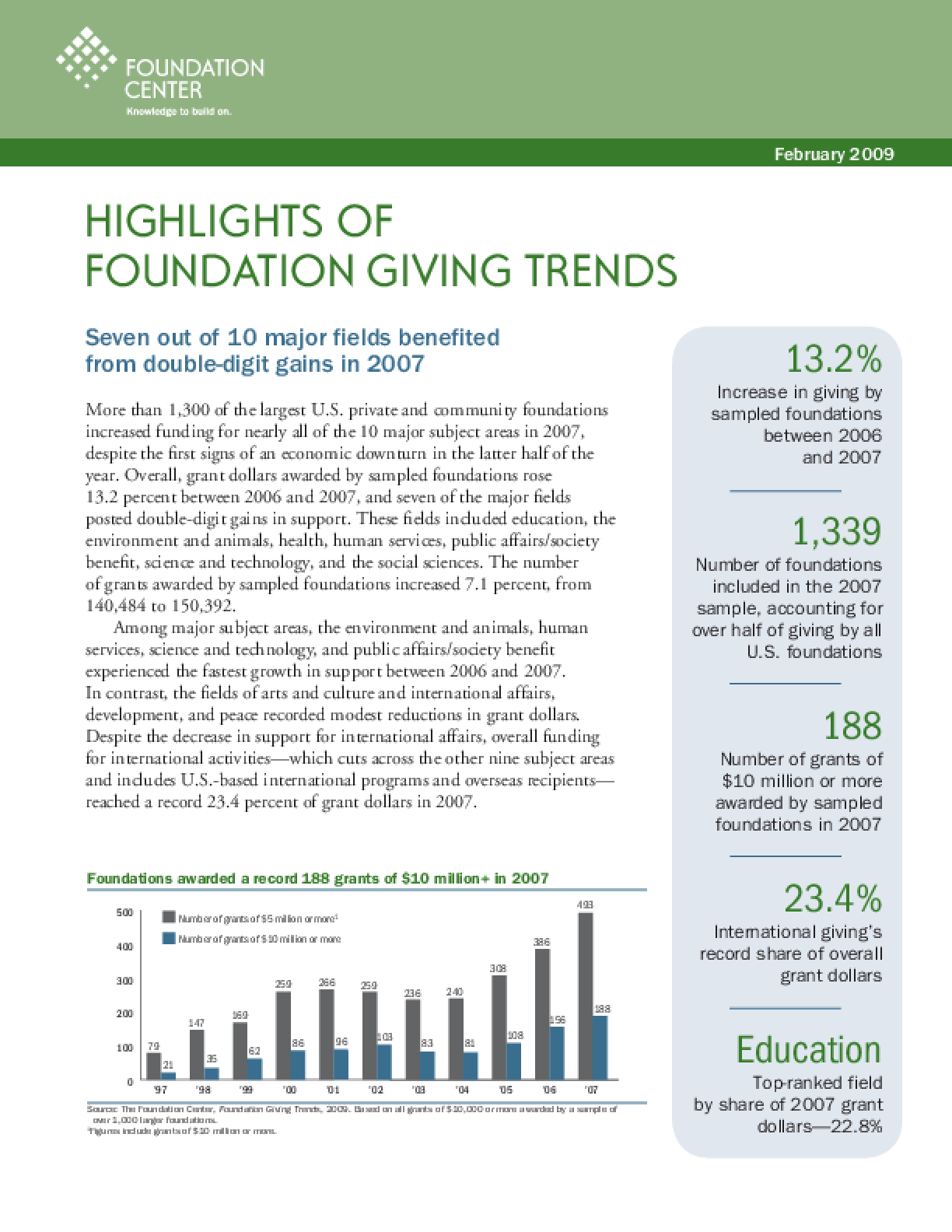