Among major areas of activity, health, education, arts and culture, and human services captured the largest shares of grant dollars awarded by sampled foundations in 2008. By number of grants, human services continued to rank first, with sampled funders allocating 26.4 percent for the field. Despite the deepening economic crisis in 2008, grant dollars awarded by a matched set of 493 funders rose 6.6 percent over 2008. Five of the 10 major fields benefited from gains, with three fields -- the environment and animals, international affairs, and health -- posting double-digit gains in support. In contrast, two fields reported double-digit declines in grant dollars -- human services and science and technology. 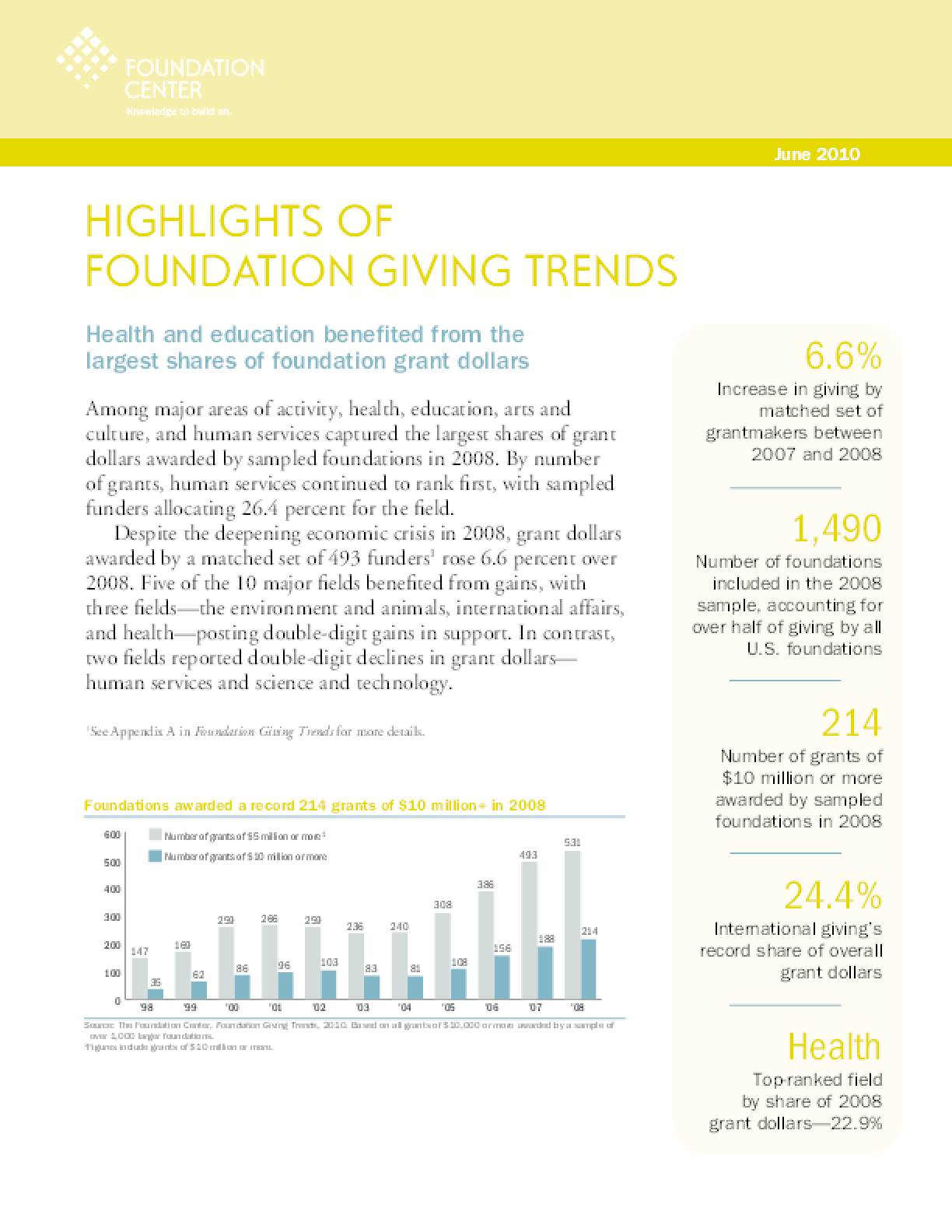