Is there an upside to high gas prices? If you're a bicycle retailer, there can be -- particularly in the service department. Bikes Belong completed a survey of more than 150 bicycle retailers from nearly 40 states to see if their summer 2008 sales reflected an increase in the use of bicycles for transportation.

The majority of retailers who responded said their sales of transportation-related bicycles, accessories, and service have increased in 2008 compared to 2007:
Is this increase in sales because of high gas prices? Most retailers who we surveyed think so:
Many new customers are dusting off old bikes and bringing them in for repair. There appears to be a surge of interest in riding bicycles for short trips, errands, and commuting. 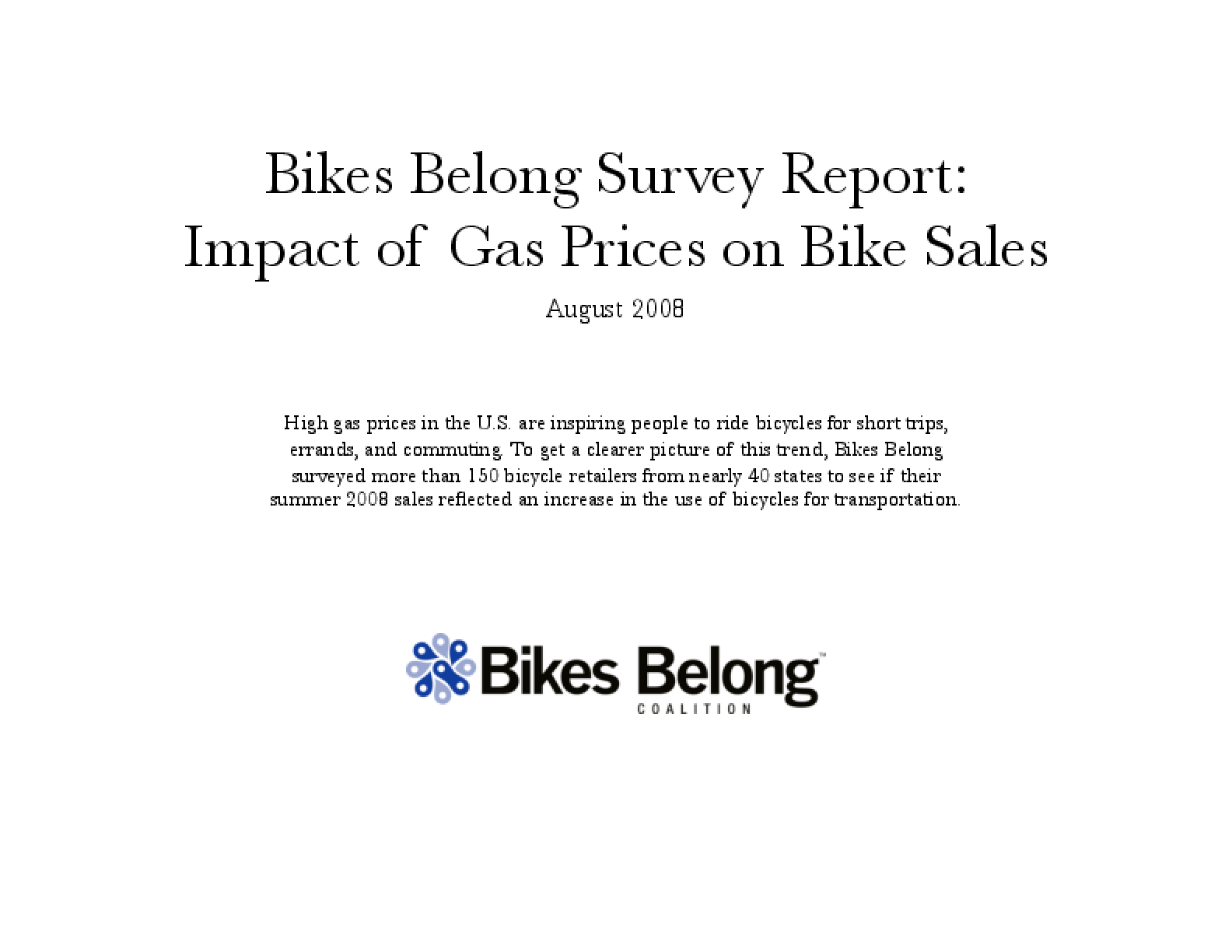