Give to Get? Financial Institutions That Made Hefty Campaign Contributions Score Big Bucks from the Government

The Troubled Assets Relief Program (TARP) was intended to stabilize the country's financial sector by distributing hundreds of billions of dollars. 300+ banks have received nearly $200 billion thus far. FollowTheMoney.org studied 75 institutions that received TARP funds. They contributed $20.4 million to state-level politics from 2000 to 2007: 62% went to statewide candidates; 27% to political parties; and 11% to ballot measure committees. 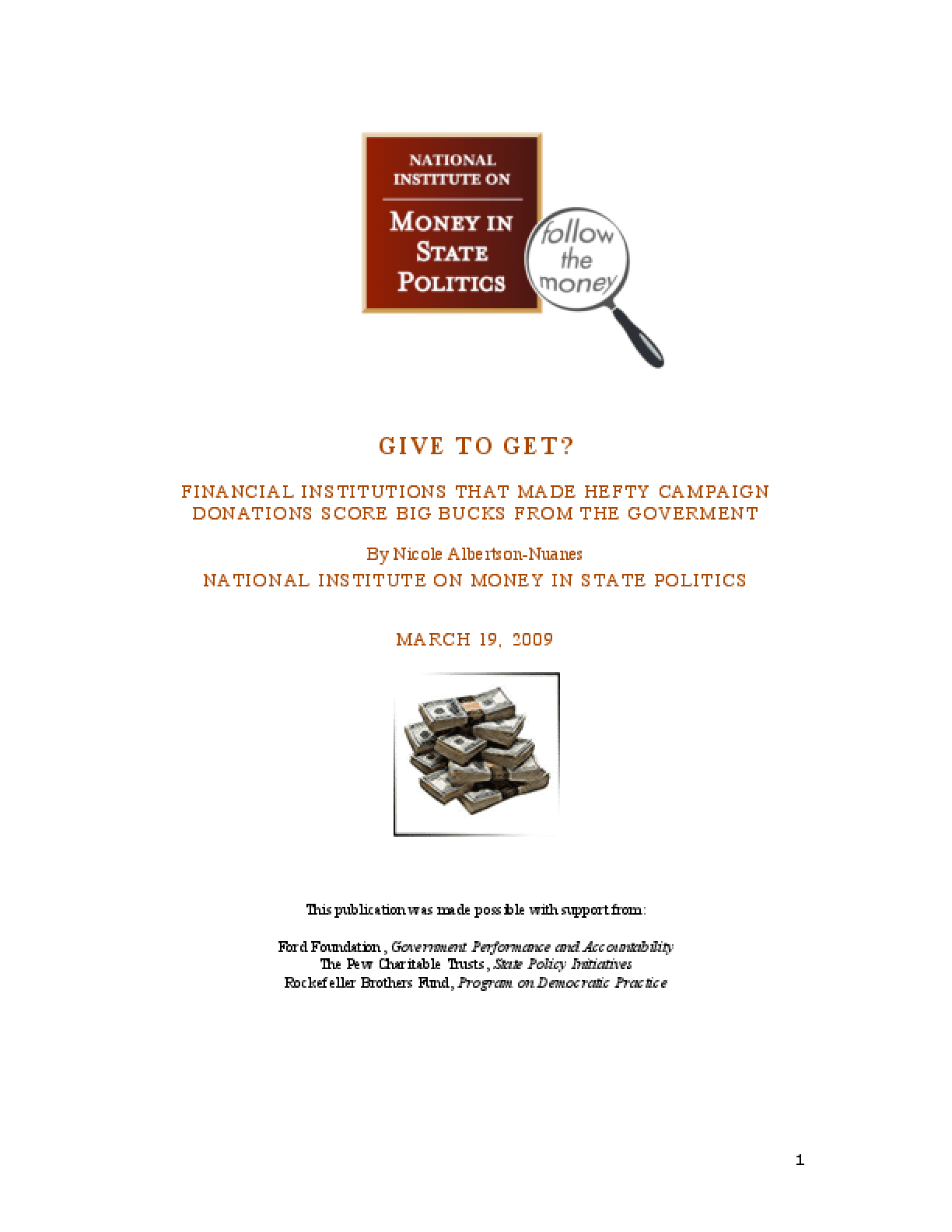