This paper documents the growth of religious diversity in South Carolina, drawing on interviews with members from the traditions represented, previous scholarly research on religion in South Carolina, newspaper articles, census data and interviews with religion reporters and educators across the state. After presenting basic outlines and historical sketchs of each faith in South Carolina, the paper goes on to explore the implications of this growing diversity for a Southern "Bible Belt" state like South Carolina, highlighting controversies over prayer in public schools and at government council meetings and examining discrimination and hate crimes. It also gives attention to the two predominant reactions to religious diversity in South Carolina--the emerging interfaith movement and the attempts to convert members of other religious traditions, suggesting that dialogue needs to take place along this boundary as well as between faiths. 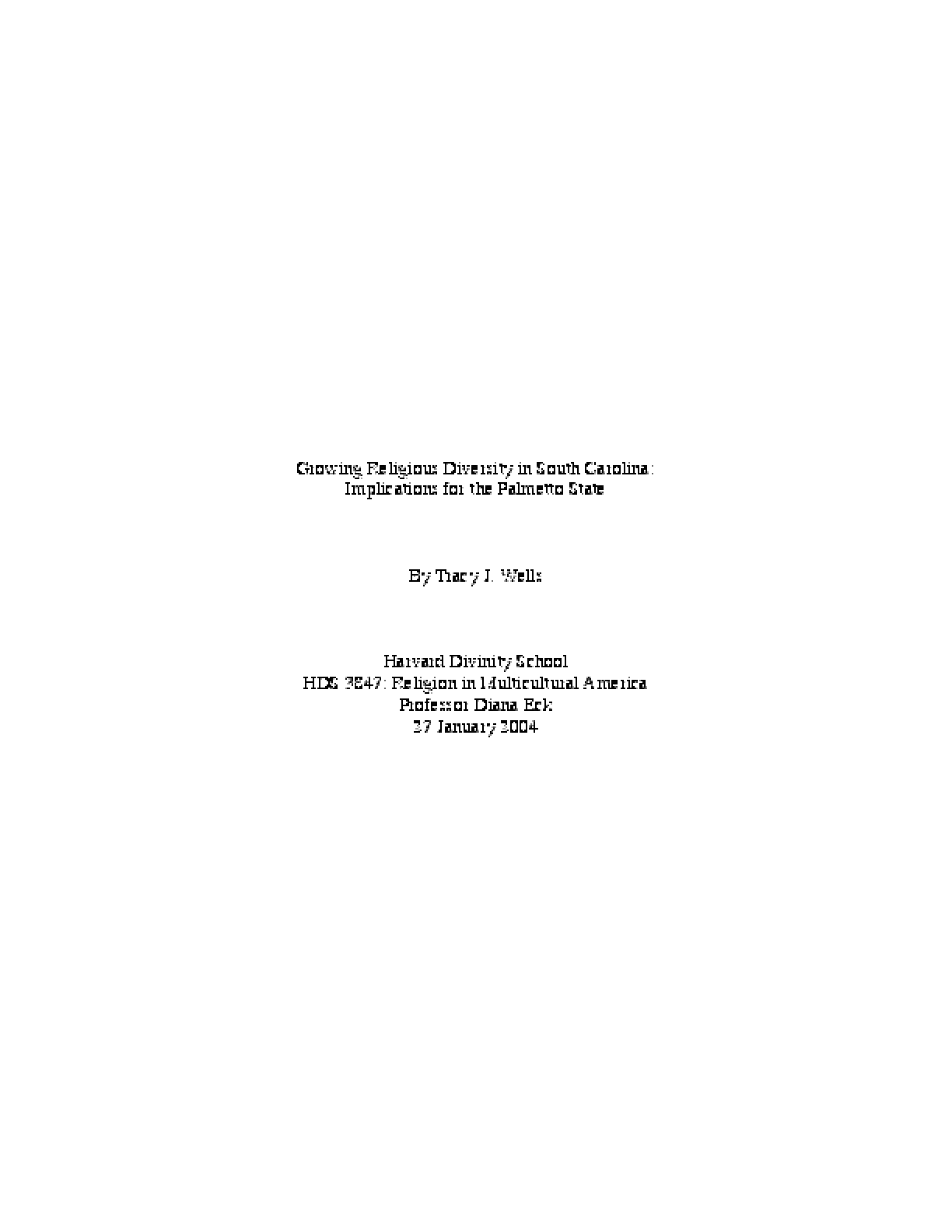