Fund raising for the 2007 and 2008 judicial elections in Pennsylvania and Wisconsin fell in line with the national trend of increasingly expensive judicial races. Highly competitive and contentious contests in both states resulted in significantly more spending than in previous elections. 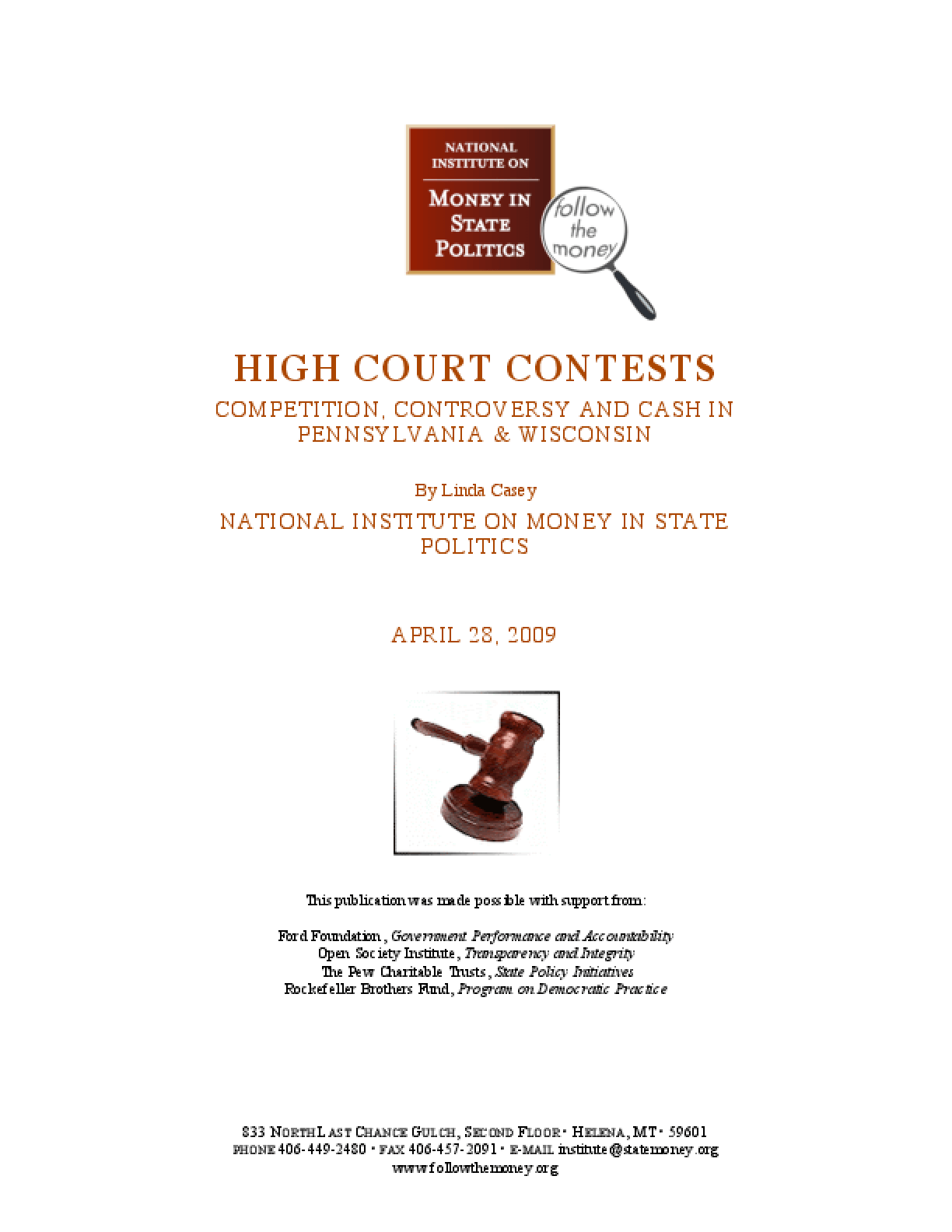