Giving by U.S. foundations for international purposes held virtually steady last year, generating $6.7 billion, down just 4 percent. According to International Grantmaking Update: A Snapshot of U.S. Foundation Trends, a new report prepared by the Foundation Center in cooperation with the Council on Foundations, this decrease was less than half the 8.4 percent estimated decline in foundation giving overall last year. This latest update of the Foundation Center's benchmark series on international grantmaking examines changes in overall giving through 2009 based on a survey of leading funders. It also documents trends in giving through 2008 based on actual grants awarded by over 1,000 of the largest U.S. foundations. 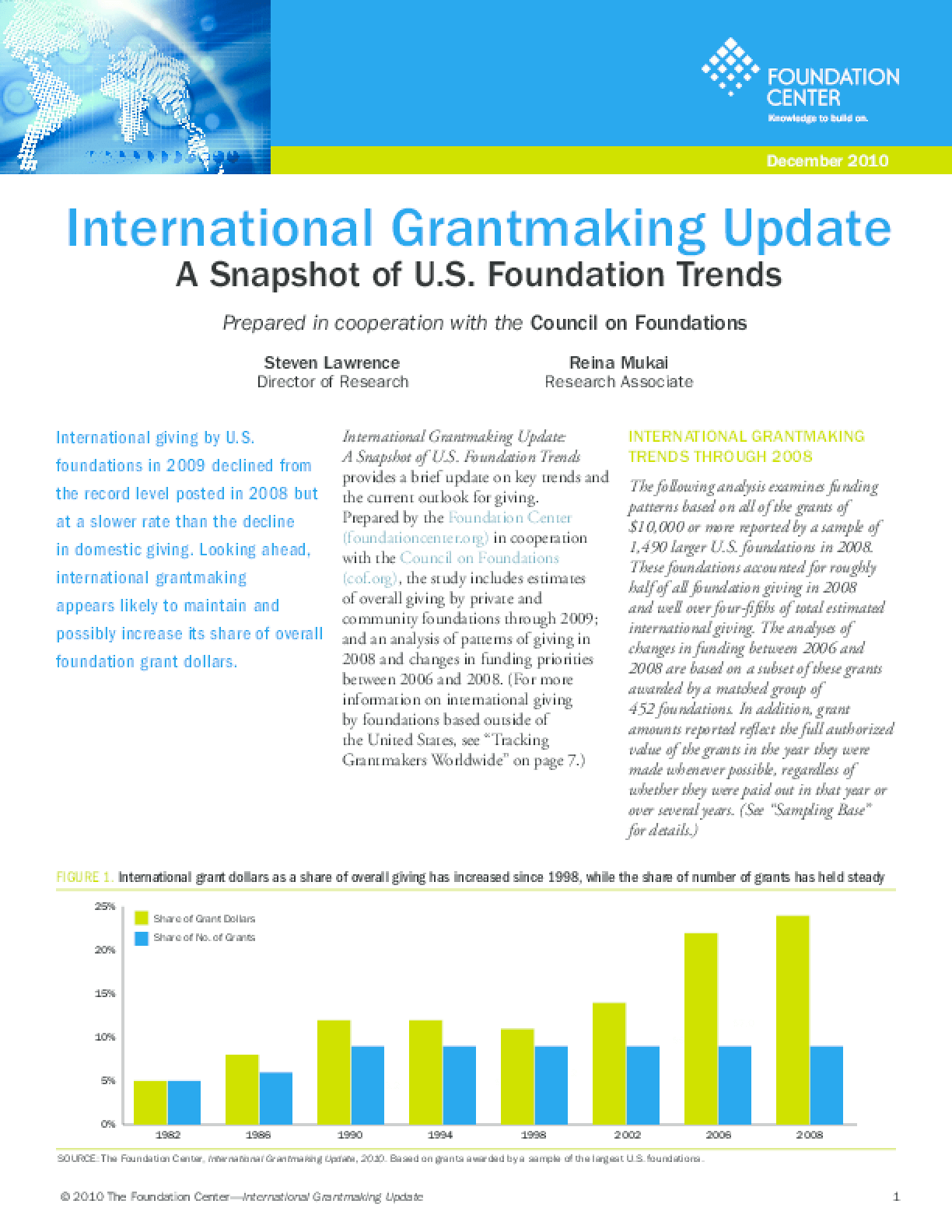