The Foundation Center has released the new 2012 editions of its essential fact sheets on corporate and community foundations. These brief reports provide critical statistics on the resources and giving priorities of these distinct types of U.S. grantmakers. Key findings from the reports include: 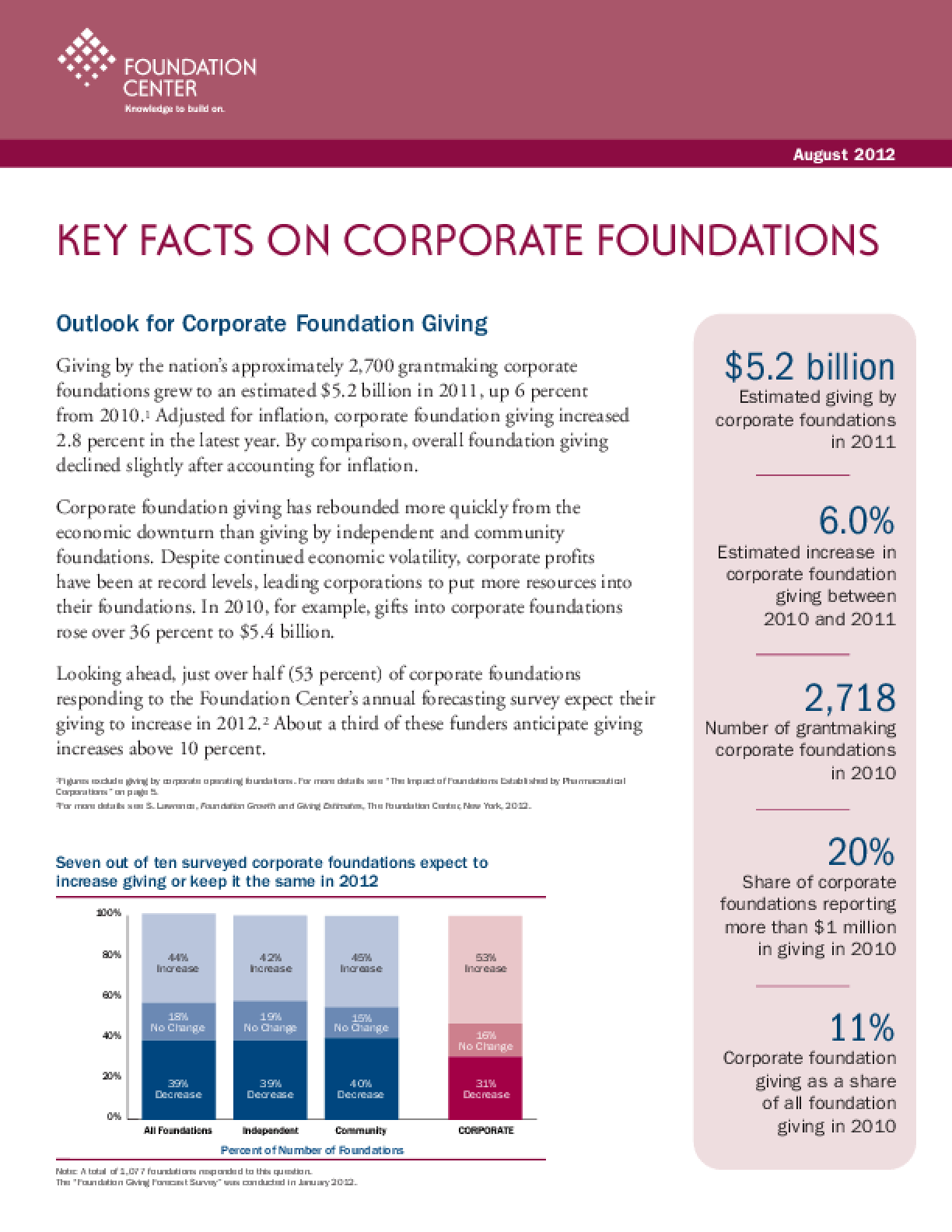