States coping with the budget woes often raise taxes to help cover shortfalls. Frequently, "sin taxes" are among the first to face a potential increase. Businesses in the alcohol trade have responded with familiar tactics, contributing millions of dollars to state political campaigns all over the country. 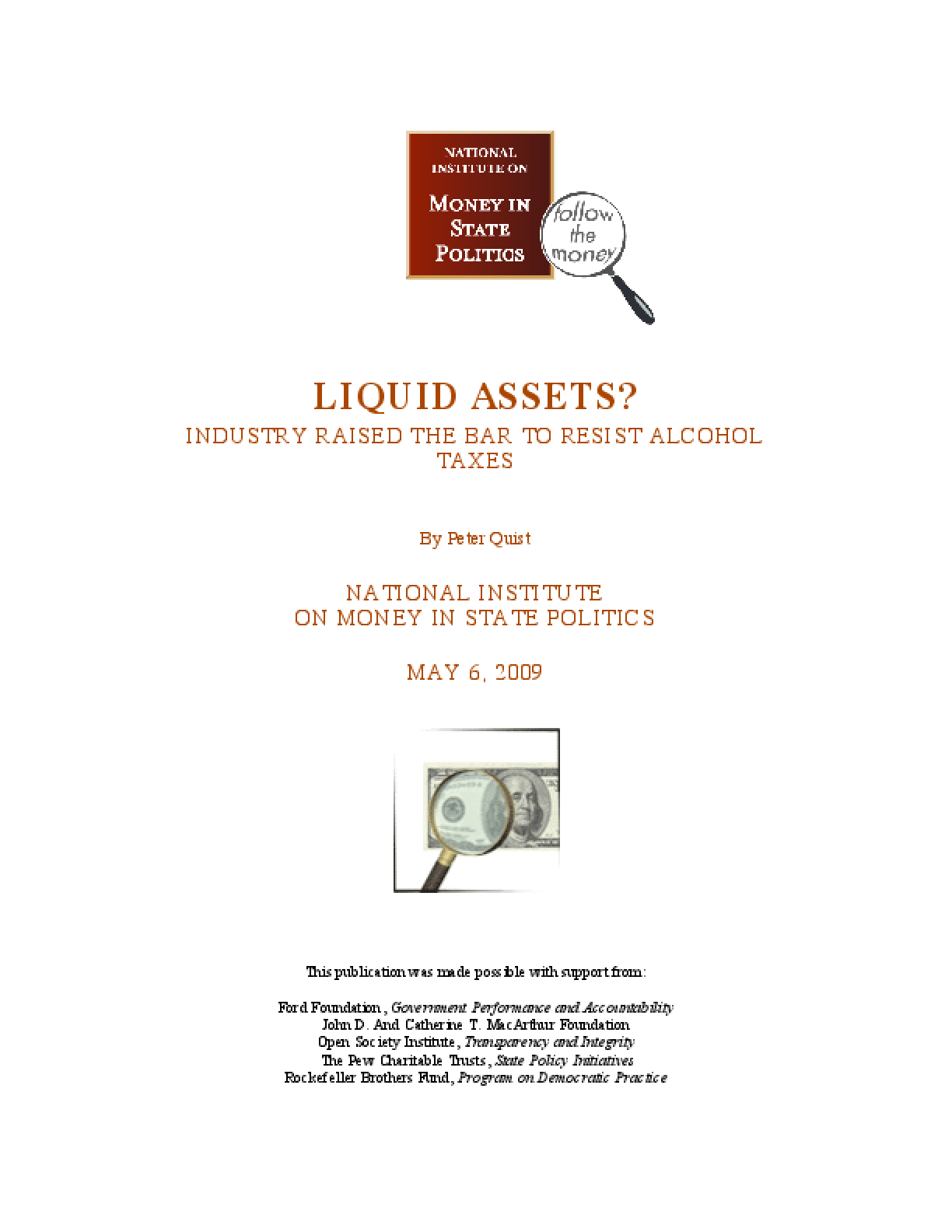