The spectacular economic growth of Malaysia in recent years has greatly impacted the state of religious pluralism in Malaysia. However, this growth has also created an attitude of indifference, if not silence, when it comes to matters pertaining to religion in Malaysia. Many Malaysians are not prone to discuss religious matters publicly due to the sensitive nature of such discussion as well as a fear that such discussion might trigger racial unrest. The role of the government in promoting a policy of silence rather than active discussion regarding issues of religion further exacerbates this attitude of indifference. As a result, many Malaysians suffer from a paradox; they remain a sophisticated society in terms of their material growth but are constrained when it comes to understanding their multi-religiosity. 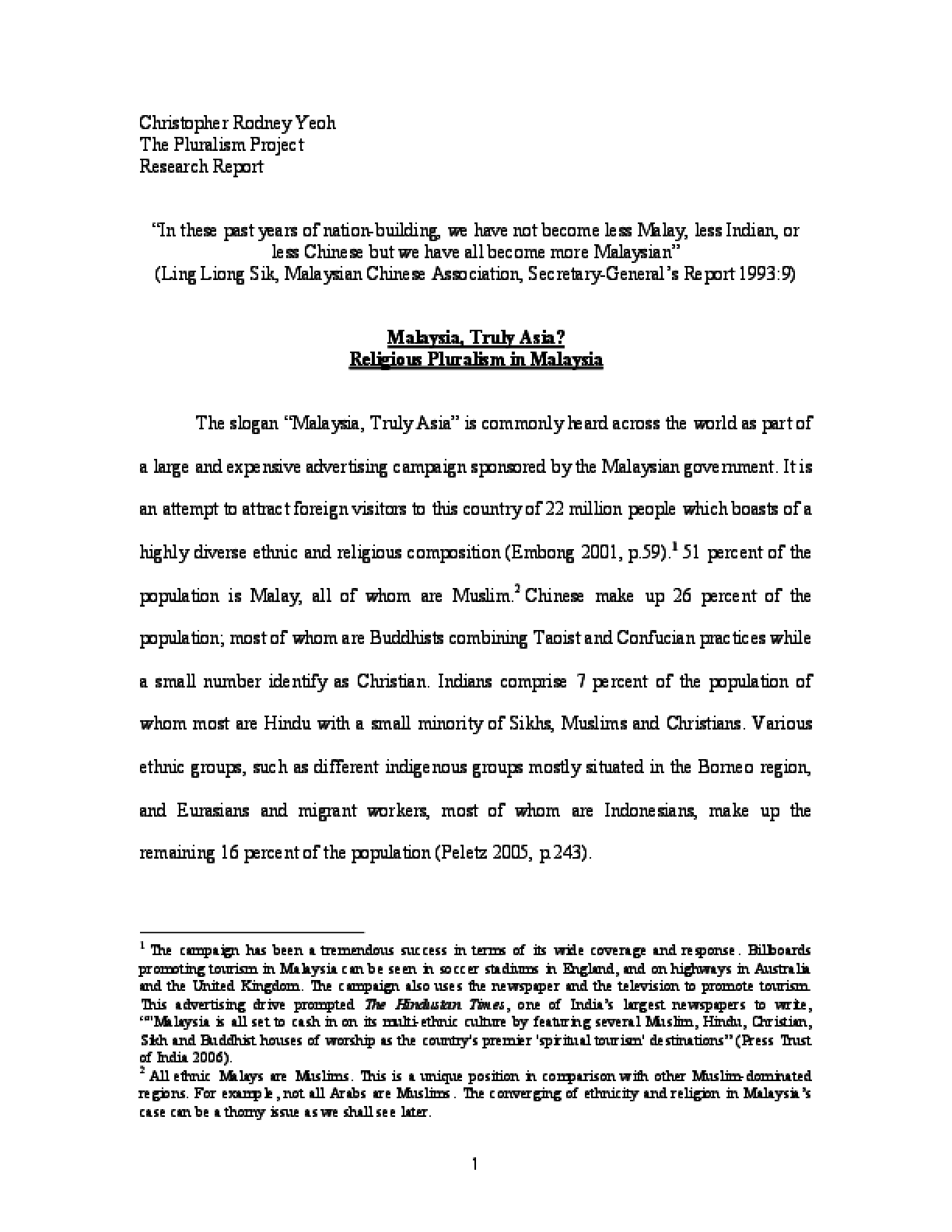