The great cities of the world are distinguished by their public parks. The urban fabric of New York, Barcelona, Berlin, Moscow, Paris, Rome, Sydney, and Shanghai are all woven around great parks. Yet, with all of Atlanta's outstanding achievements, the City and the region have a notably undistinguished park system. In a study conducted by the Trust for Public Land and the Urban Land Institute, Atlanta ranks near the bottom of the nation's largest 25 cities in acreage of parkland per capita with 7.3 acres for every 1,000 residents. Compare that to Austin, Texas' 39 acres per 1,000 residents or Oklahoma City's 43 acres per 1,000 residents and it becomes clear that something is amiss in metro Atlanta.

This study identifies the obstacles to acquiring and maintaining open and green spaces in the metro Atlanta region. Addressing open space shortages in metro Atlanta is a sizable task. This study could be considered the first step in a larger process. Time spent researching the various obstacles and opportunities regarding open space acquisition raised many questions that are beyond the scope of this project. A second phase might test the recommendations made in this phase by working with local officials on a few select projects, and begin to identify critical pieces of property in metro Atlanta that must be protected from development. A detailed inventory of significant open space and natural resources in the metro area that includes the existing inventory of land inside of Interstate 285 should be considered either as a separate study or included in this recommended second phase. 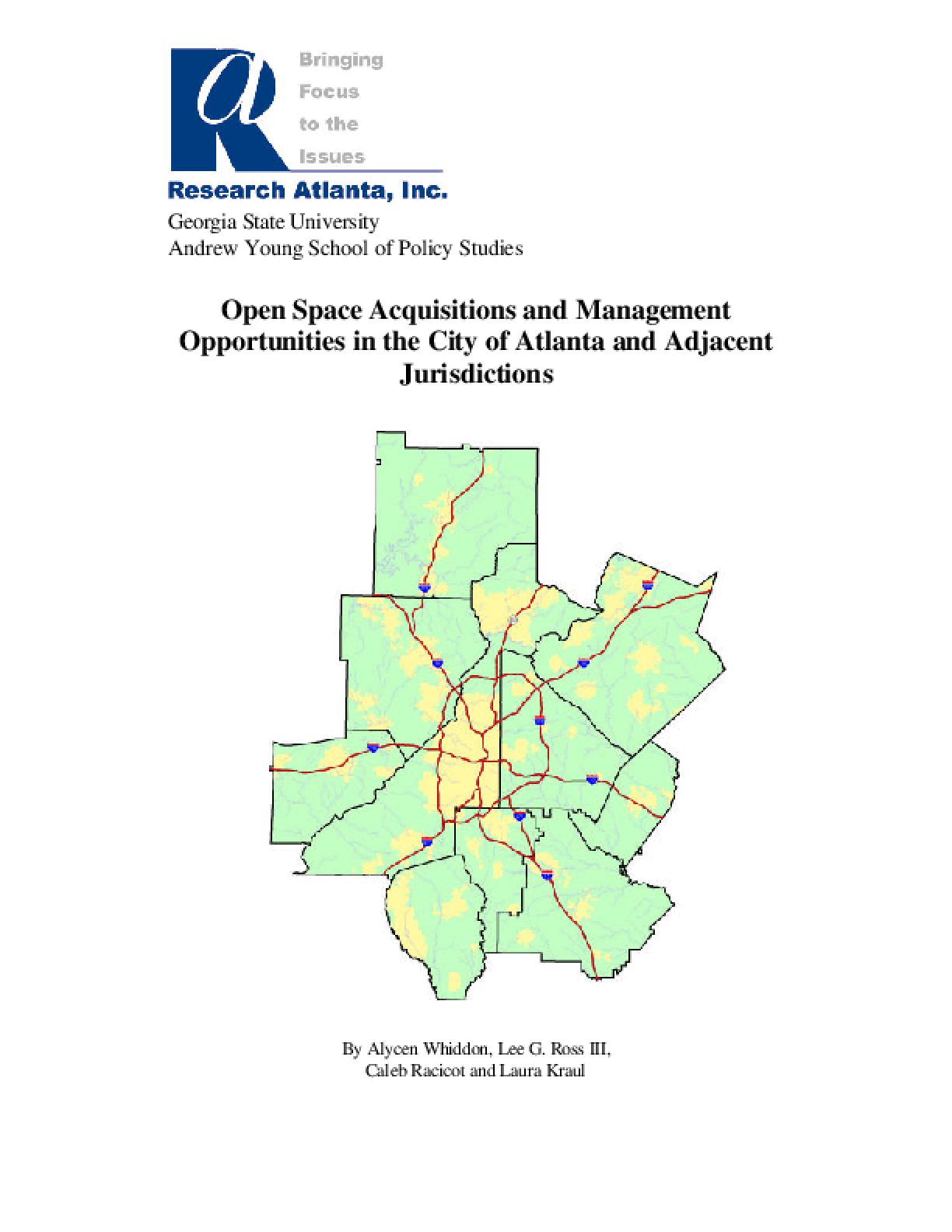