The guiding principle of this document is that police departments' policies should be conducive to building and maintaining law enforcement legitimacy and public trust. By legitimacy, we mean the public's belief that the authority enforcing the law has the right to do so. We emphasize this concept because empirical evidence persuasively demonstrates that perceptions of legitimacy have a greater impact on compliance with the law than do instrumental factors, such as sanctions imposed by authorities on individuals who commit crimes. The more legitimate members of the public perceive actors in the criminal justice system to be, the more likely they will be to obey the law.

The theory of procedural justice is grounded in the idea that people's perceptions of police legitimacy will be influenced more by their experience of interacting with officers than by the end result of those interactions. For instance, a driver's perception of his experience of being stopped by a police officer will depend less on whether he receives a ticket, and more on whether he feels the officer has treated him in a "procedurally just" way. Individuals evaluate whether they have received procedurally just treatment by considering four central features of their interactions: whether they were treated with dignity and respect, whether they were given voice, whether the decision-maker was neutral and transparent, and whether the decision-maker conveyed trustworthy motives. Research demonstrates that when members of the public perceive police officers to behave in a procedurally just manner, they have a more positive view not only of their individual encounters with those officers, but of the legitimacy of law enforcement more generally.

Notably, the recommendations made herein are in concert with those of the President's Task Force on 21st Century Policing. 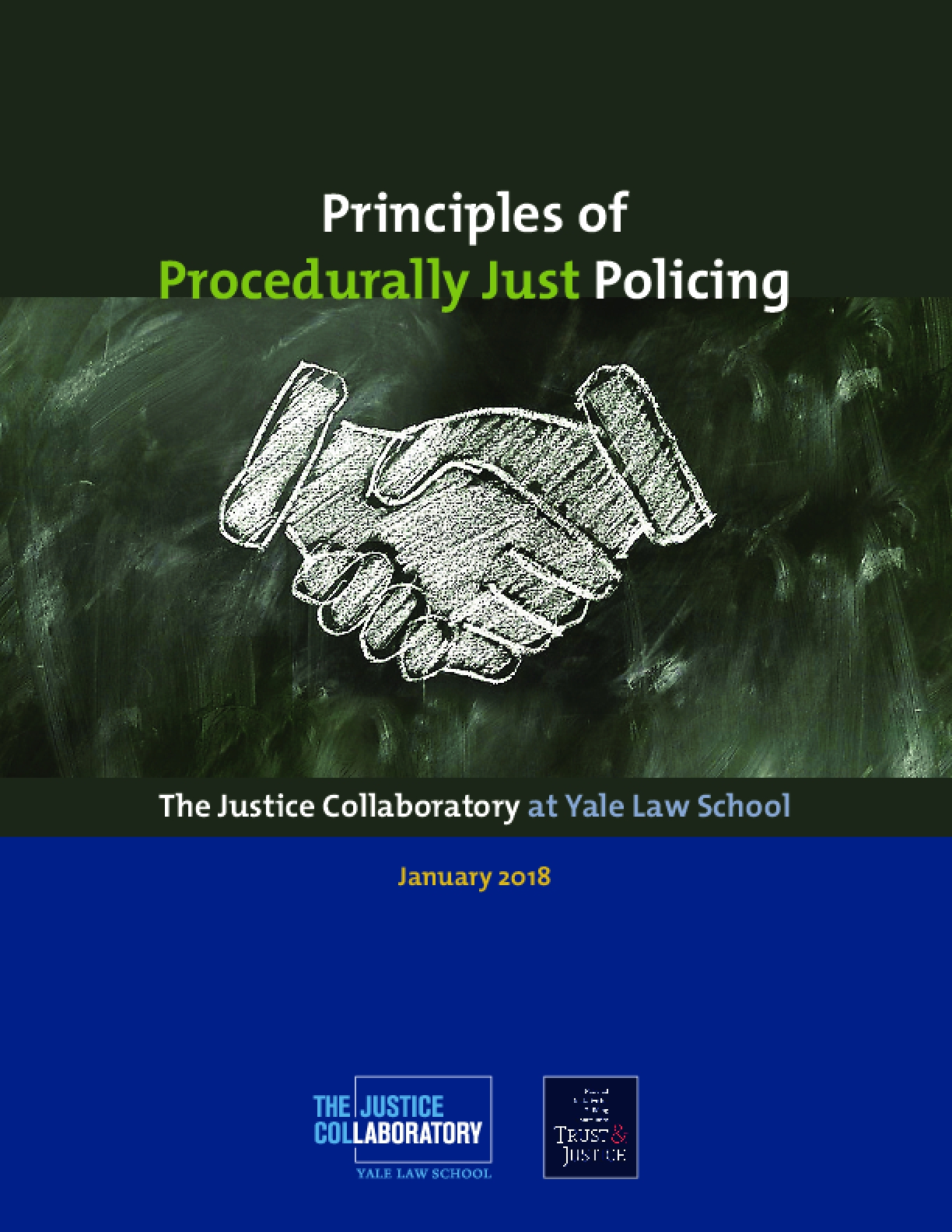