Globalization is a defining phenomenon of our time. The current model, corporate economic globalization, is a version of globalization which is being implemented by a new array of international commercial agreements. While these pacts are called "trade" agreements, today's international commercial agreements no longer focus solely on traditional trade matters, such as reducing tariffs and quotas. Instead, the main mechanisms of globalization, such as the World Trade Organization (WTO) and the North American Free Trade Agreement (NAFTA), contain a comprehensive set of one-size-fits-all policies to which signatory countries are required to conform their domestic laws and regulations. These pacts prioritize commerce over other goals and values, in part by setting constraints on what environmental, food or product safety, social justice and other policies our national, state and local governments may implement. Yet, while institutions and agreements like the WTO, NAFTA and a whole alphabet soup of other globalization mechanisms and institutions have deep and direct impacts on many facets of the daily lives of people everywhere, the meaning and implications of their terms are often unintelligible. First, the agreements are written in a technical trade jargon which we have dubbed "GATTese." In GATTese, words with a clear meaning in common usage have entirely different meanings or implications. In some cases, one or two words are shorthand for entire twenty-year bodies of trade law jurisprudence that simply are not evident on the face of the term. Second, words used in trade and investment agreements have extremely precise legal meanings which can turn on the slight difference in a verb's tense. Since the text of these agreements are often only available in English (or perhaps also French), non-native speakers are put at a disadvantage from the start. Third, there are certain basics of legal interpretation that most non-lawyers simply do not know which can mask completely the meaning of trade agreement language. The actual provisions of some of the key mechanisms of globalization -- such as the WTO and NAFTA -- are so drastic that simply being able to understand what they mean for our environmental, food safety, social justice and other laws and policies is one of critics' strongest arguments. Meanwhile, innocent errors in interpretation made by critics are often used by proponents of corporate-managed trade to undermine the credibility of legitimate criticisms. This guide is intended to help people go to the legal sources with an understanding of some of the most essential specialized terms, language and legal quirks of globalization's instruments. Its goal is to empower the maximum number of people to be able to make their own informed decisions about the often intentionally murky provisions hidden in policies and agreements promoting corporate globalization. 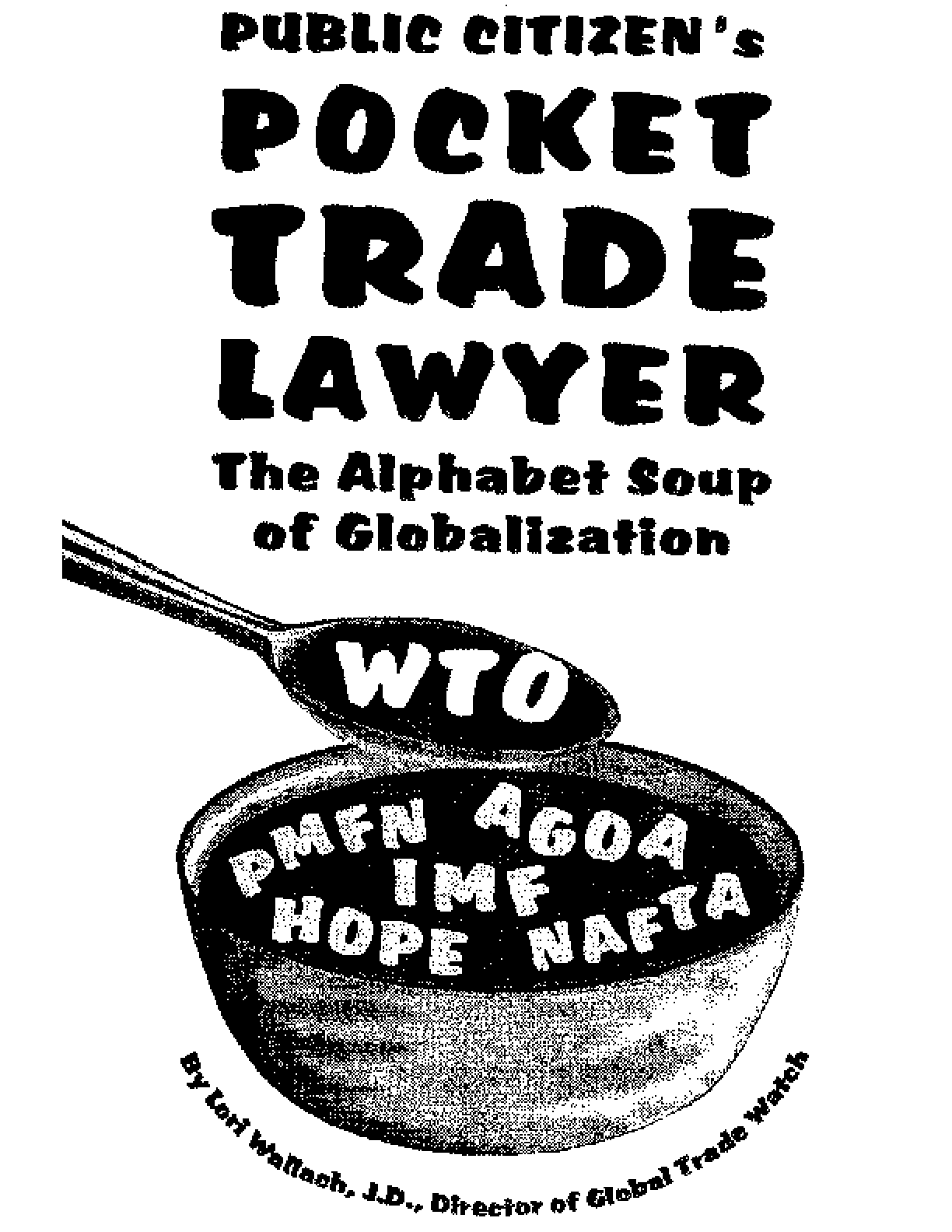