Efforts to protect and rebuild America's ocean fish are working. Rebounding fish populations create jobs, support coastal economies, repair damaged marine ecosystems, increase recreational fishing opportunities, and bring back fresh, local seafood. The benefits of ending overfishing and rebuilding depleted fish populations are far-reaching, and the cost of further delay would be significant. For example, commercial fishermen targeting depleted stocks in New England, the South Atlantic, and the Gulf of Mexico lost an estimated $164.2 million and realized just 25 percent of potential revenue in 2009 because of overfishing. 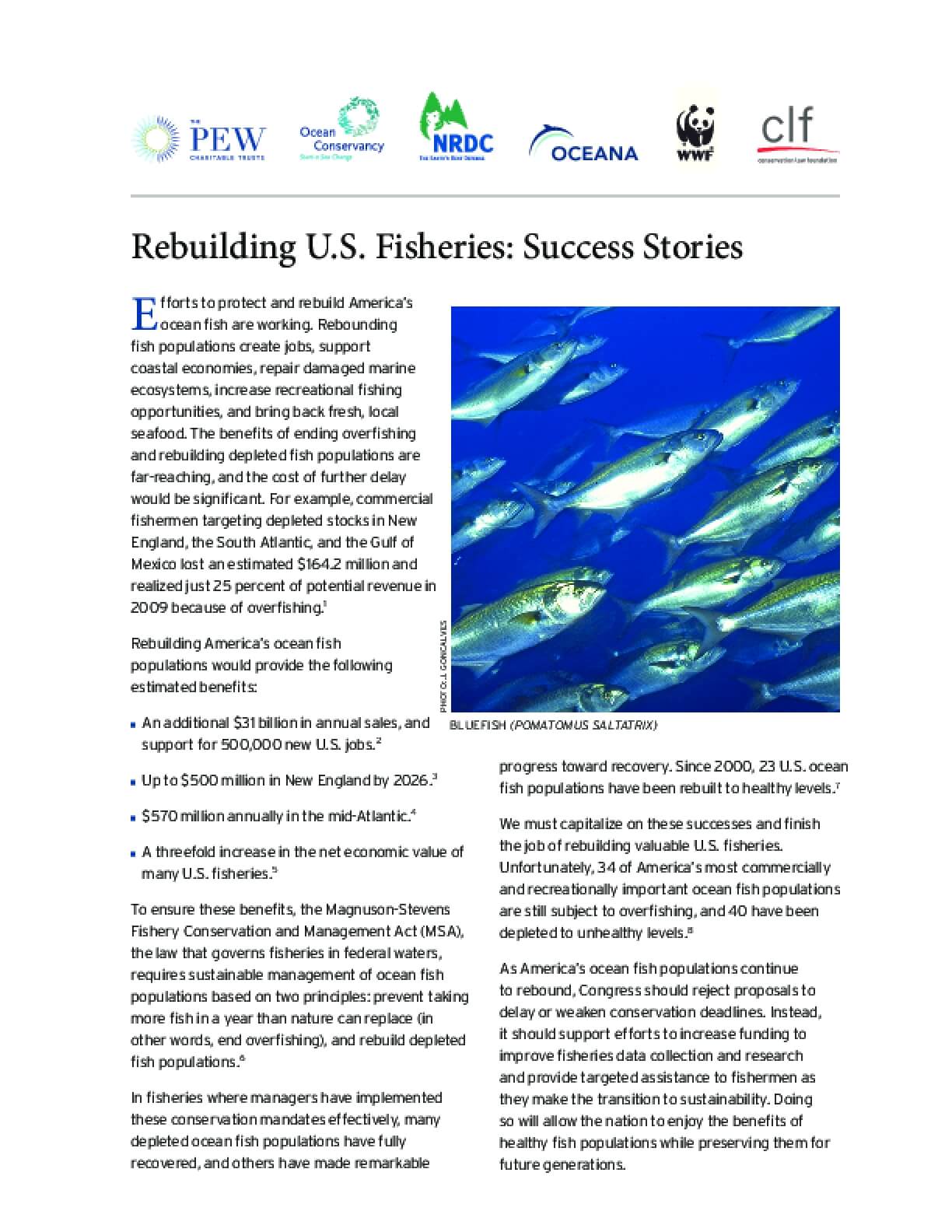