Reconnecting Our Youth, a Scan of Policy Opportunities to Improve Economic Success for Vulnerable Youth

In March 2012, Grad Nation campaign released its report on the progress of the nation's public schools in improving graduation rates and movement toward achieving the goal of a 4-year cohort graduation rate of 90 percent by 2020. It revealed that from 2001 to 2009, the graduation rate increased from 72 percent to 75 percent, an average of less than .5 percentage points a year. During that same period of time, nearly a half million young people dropped out of school annually. High school reform and graduation accountability efforts are critical to stemming the disconnection of youth from our public education system. However, until these innovations and reforms are imbedded at scale in our districts, we must pay commensurate attention to the needs of the millions of youth who are dropping out and falling outside of the education and labor market mainstreams. 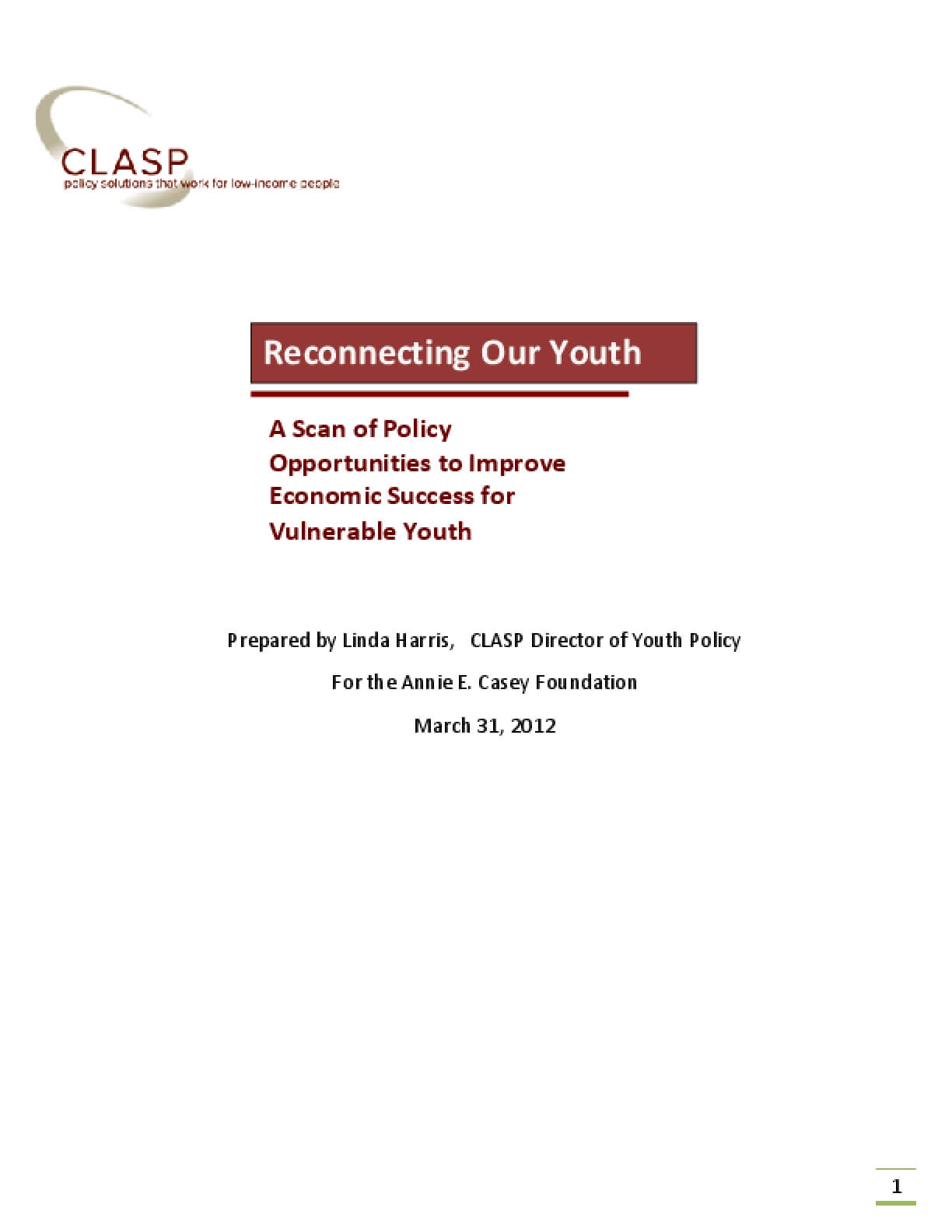