Indonesia today is not only a country with diverse religions, ethnicities, and races, but also a country with several challenges related to issues of religious pluralism. This report tries to describe how tolerance, pluralism (religious), and dialogue among members of religious communities in Indonesia have been promoted and improved. It also attempts to map the hindrances to religious pluralism in Indonesia.
Firstly, this report will explore the helpful aspects of emerging issues of religious pluralism in Indonesia, including the roles of government, individuals, and non-governmental organizations that work to enhance public awareness and understanding about how to engage with other members of other religious communities. Secondly, it will explore those aspects that hinder the efforts in promoting inter-religious harmony in Indonesia, such as the fatwas (Islamic decrees) of MUI (Islamic Ulama' Council), and the rise of the Islamic fundamentalist movement. 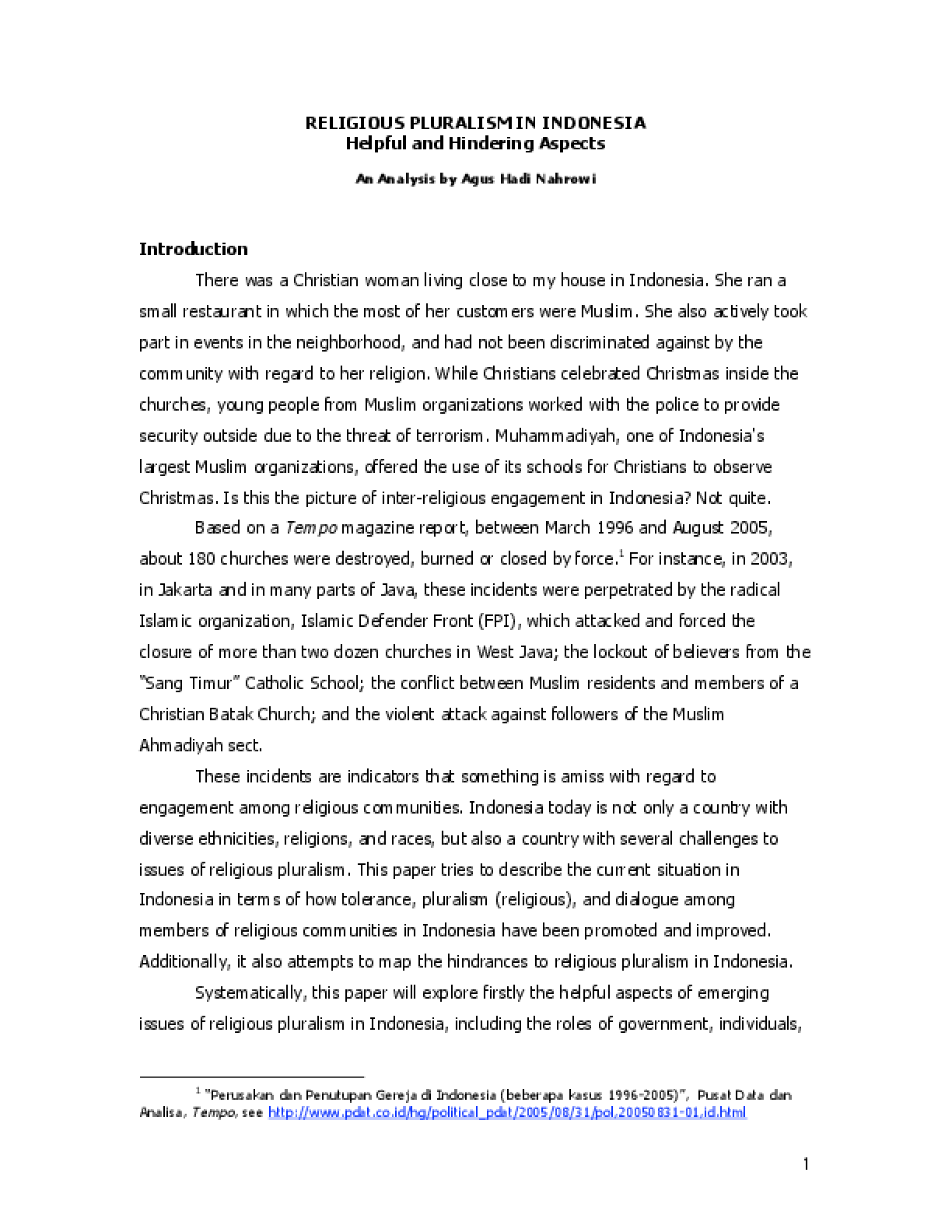