Make the Road New York (MRNY) and The New York Immigration Coalition (NYIC) led a campaign and were instrumental in passing the two laws -- Local Law 73 and Executive Order 120 -- that collectively call for city government agencies to provide free translation, interpretation and other communication assistance services to limited-English-proficient (LEP) New Yorkers. Local Law 73 was due to be fully implemented over the course of 2009, whereas Executive Order 120 required all impacted City agencies to provide language services and have a coherent implementation plan in place by January 2009.

With the generous support of the Robert Sterling Clark Foundation, MRNY and NYIC in partnership with Korean Community Services of Metropolitan New York (KCS), and South Asian Council for Social Services (SACSS) surveyed individuals who had interacted with staff of the Human Resources Administration (HRA), Department of Housing Preservation & Development (HPD), and New York City Police Department (NYPD) to assess how well government agencies were implementing language access programs. By monitoring the implementation process, MRNY and NYIC hoped to identify areas of progress as well as obstacles that have prevented the legal mandates embodied in Local Law 73 and Executive Order 120 from being fully realized. 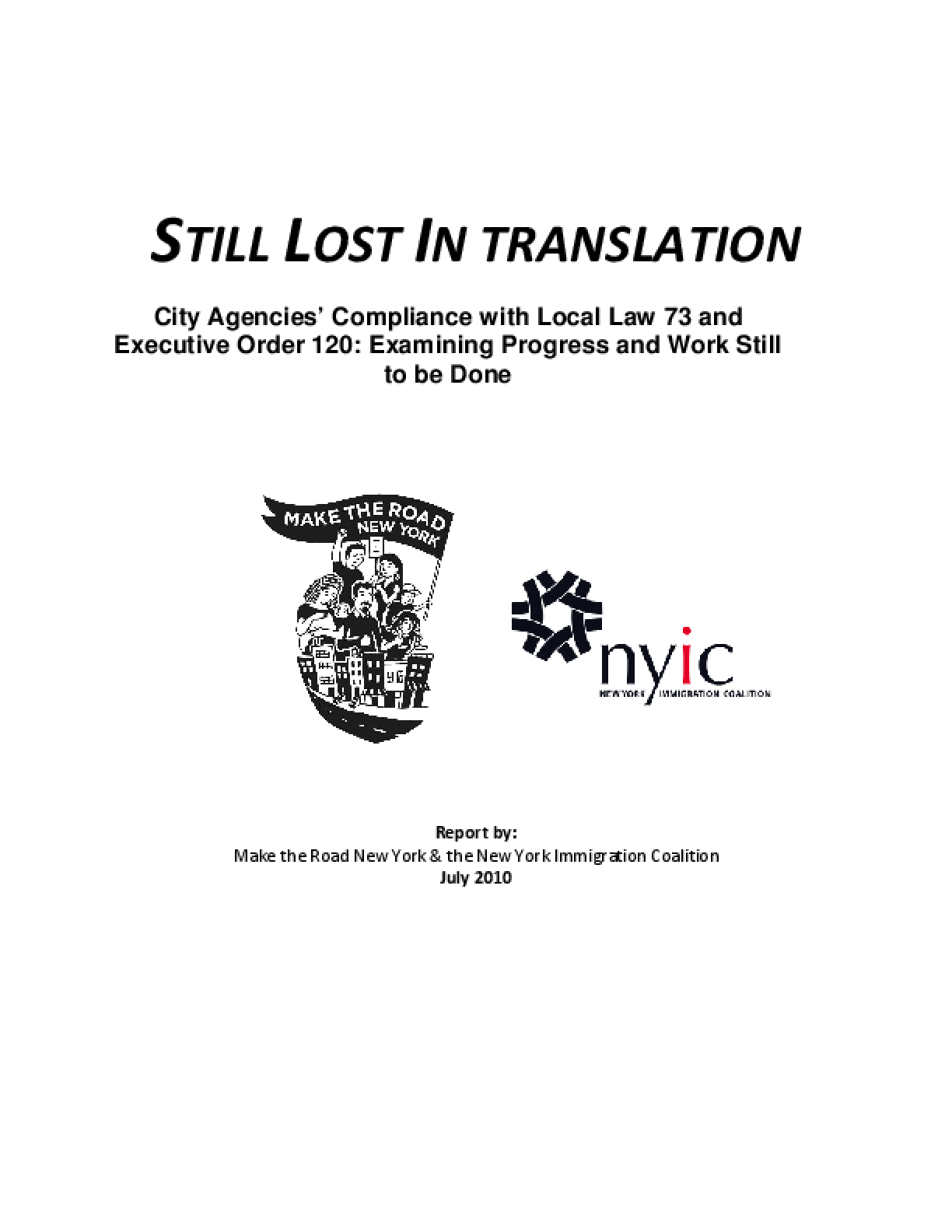