Stop-and-Frisk in the de Blasio Era

This report examines the stop-and-frisk program during the first four years of the de Basio Administration. 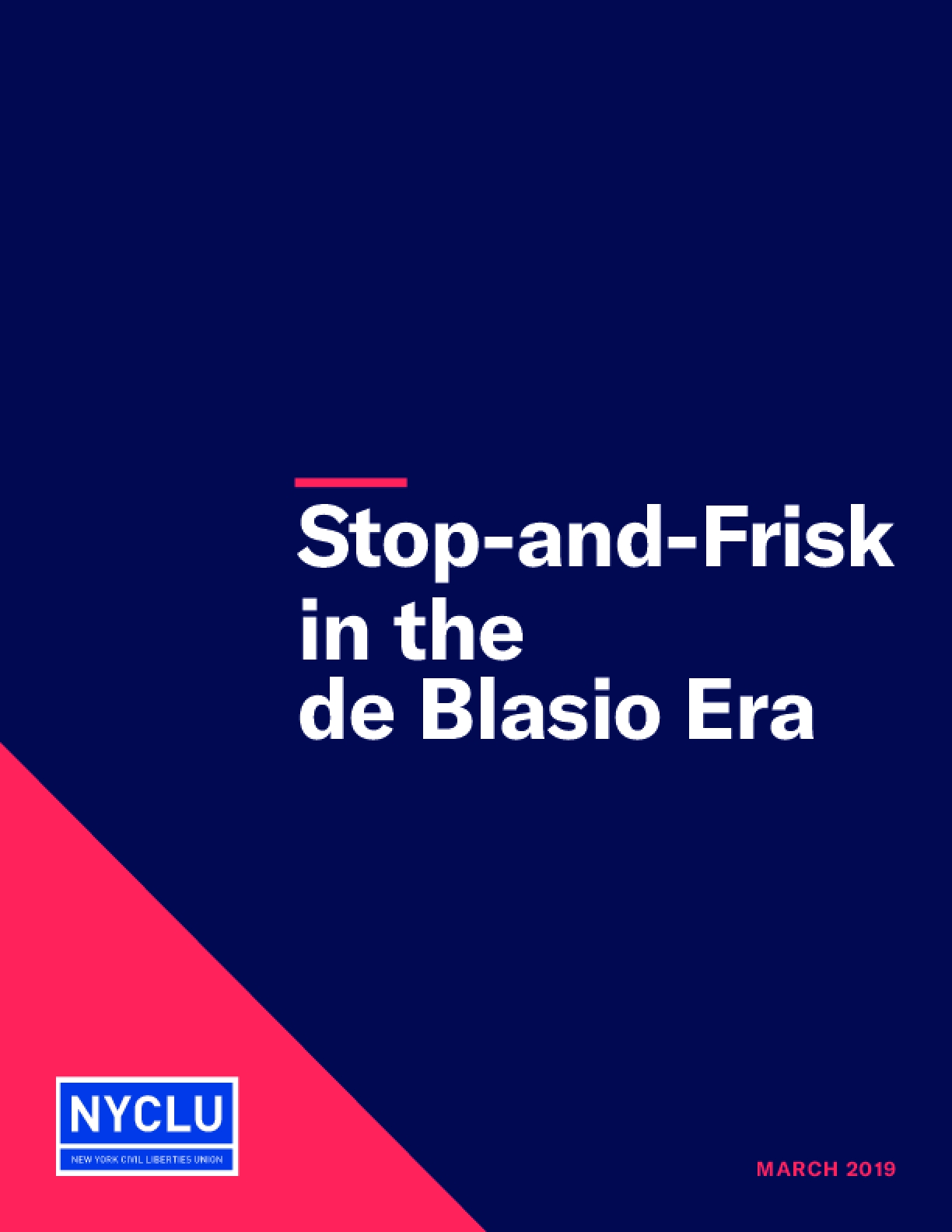