Submarine canyons have been shown to positively influence pelagic and benthic biodiversity and ecosystem function. In the eastern Bering Sea, several immense canyons lie under the highly productive "green belt" along the continental slope. Two of these, Pribilof and Zhemchug canyons, are the focus of current conservation interest. We used a maximum entropy modeling approach to evaluate the importance of these two canyons, as well as canyons in general, as habitat for gorgonian (alcyonacean) corals, pennatulacean corals, and sponges, in an area comprising most of the eastern Bering Sea slope and outer shelf. These invertebrates create physical structure that is a preferred habitat for many mobile species, including commercially important fish and invertebrates. We show that Pribilof canyon is a hotspot of structure-forming invertebrate habitat, containing over 50% of estimated high-quality gorgonian habitat and 45% of sponge habitat, despite making up only 1.7% of the total study area. The amount of quality habitat for gorgonians and sponges varied in other canyons, but canyons overall contained more high-quality habitat for structure-forming invertebrates compared to other slope areas. Bottom trawling effort was not well correlated with habitat quality for structure-forming invertebrates, and bottom-contact fishing effort in general, including longlining and trawling, was not particularly concentrated in the canyons examined. These results suggest that if conserving gorgonian coral habitat is a management goal, canyons, particularly Pribilof Canyon, may be a prime location to do this without excessive impact on fisheries. 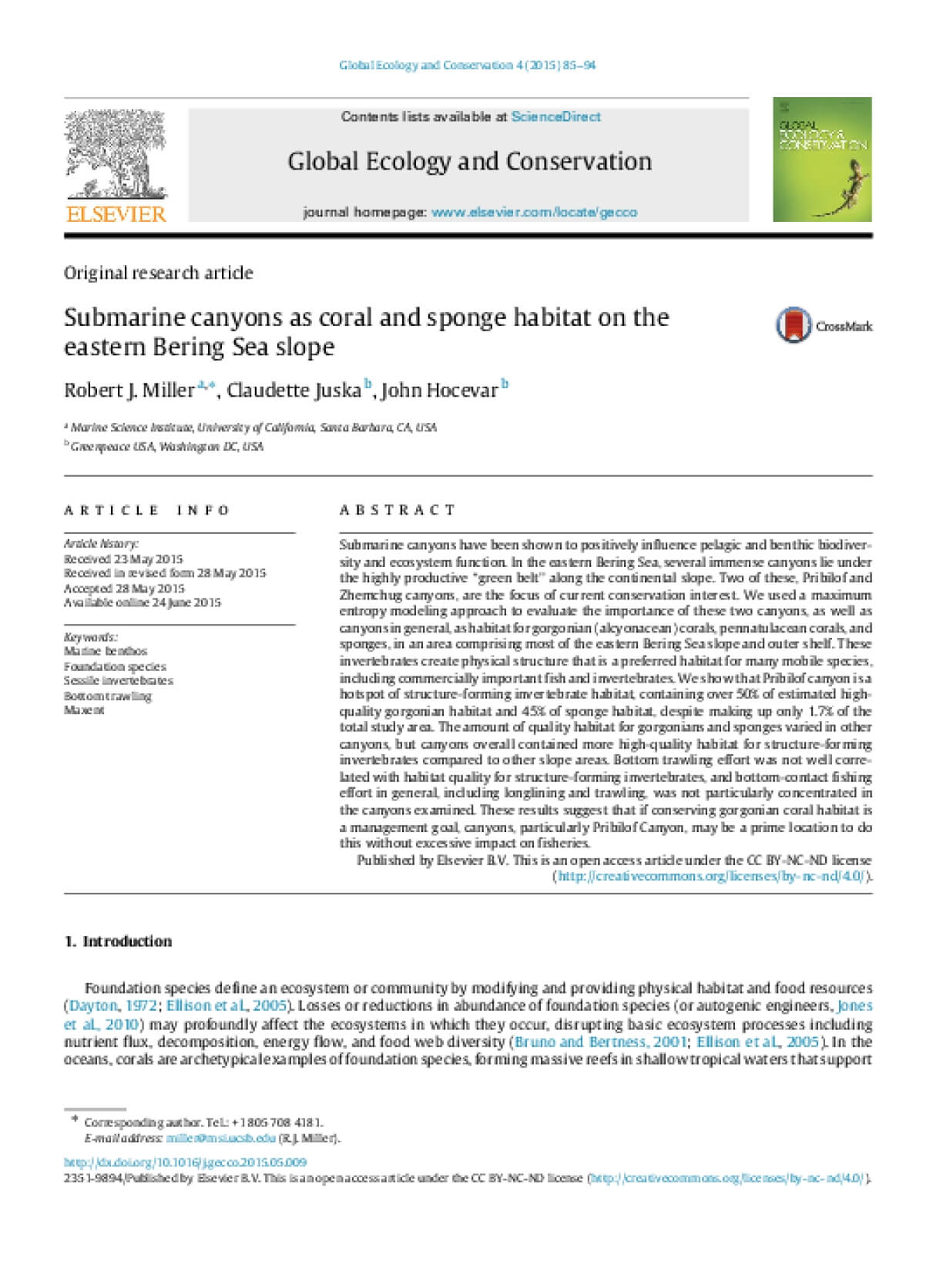