The Raising of America: Action Toolkit

The Raising of America seeks to encourage a national conversation that links early child relationships and environments to their impact on the biology of young children, and how these in turn influence adult outcomes as well as the future of the nation.The series was created in the context of a national public engagement campaign, with partners across the nation at the national, state and local level committed to using the series to generate dialogue about what we can—and should—do to make a strong start the birthright of every infant in the United States.Ultimately, the success of The Raising of America will be measured by how effectively educators, providers, organizers, parents, public officials, advocates, and people like you use the series to educate, organize and advocate for change. 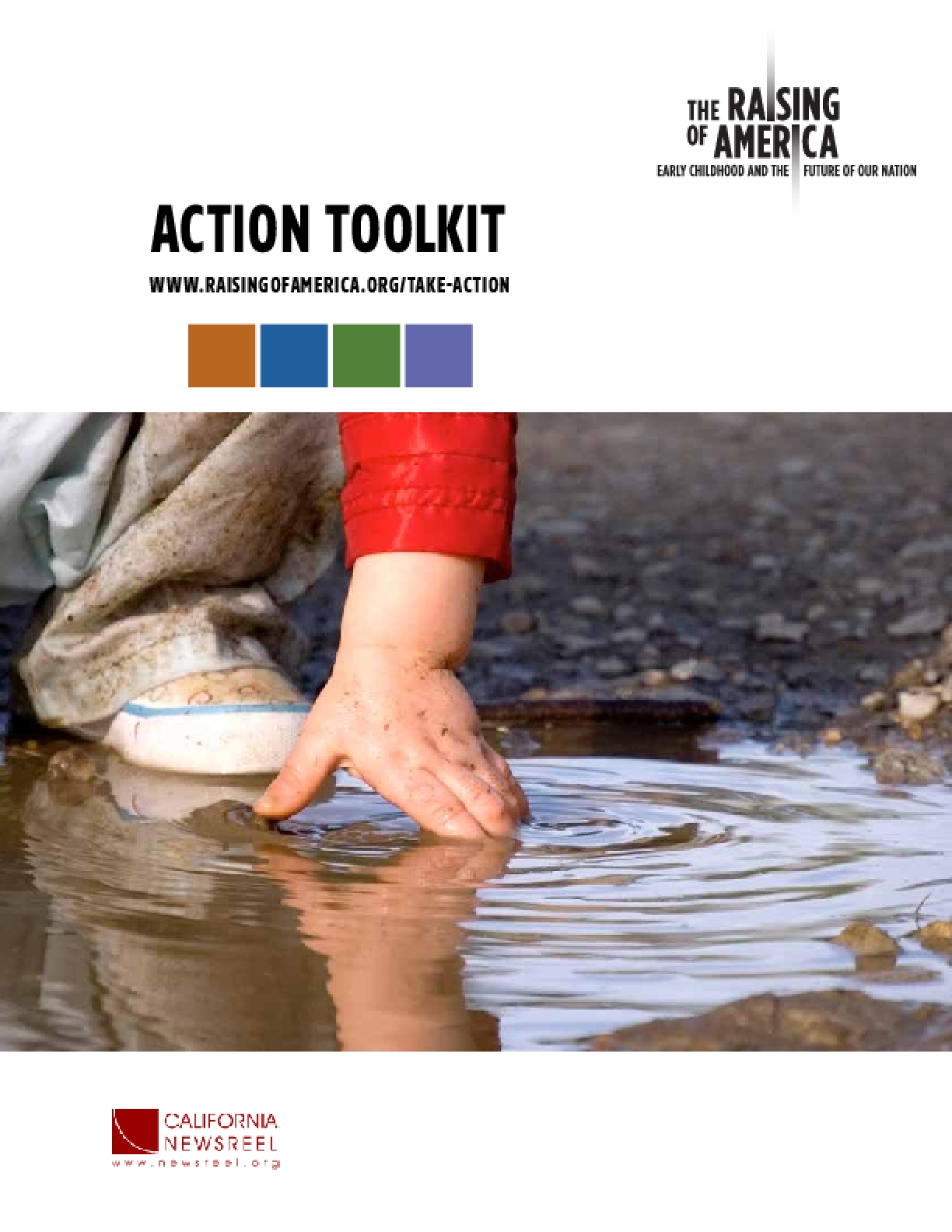