The Retention of Chicago's Arts Students in Comparative Perspective

* Of arts-school alumni who searched for work, 38 percent of those attending school in Chicago obtained work prior to leaving their institution; 85 percent obtained work within a year. Alumni from other regions had similar experiences. 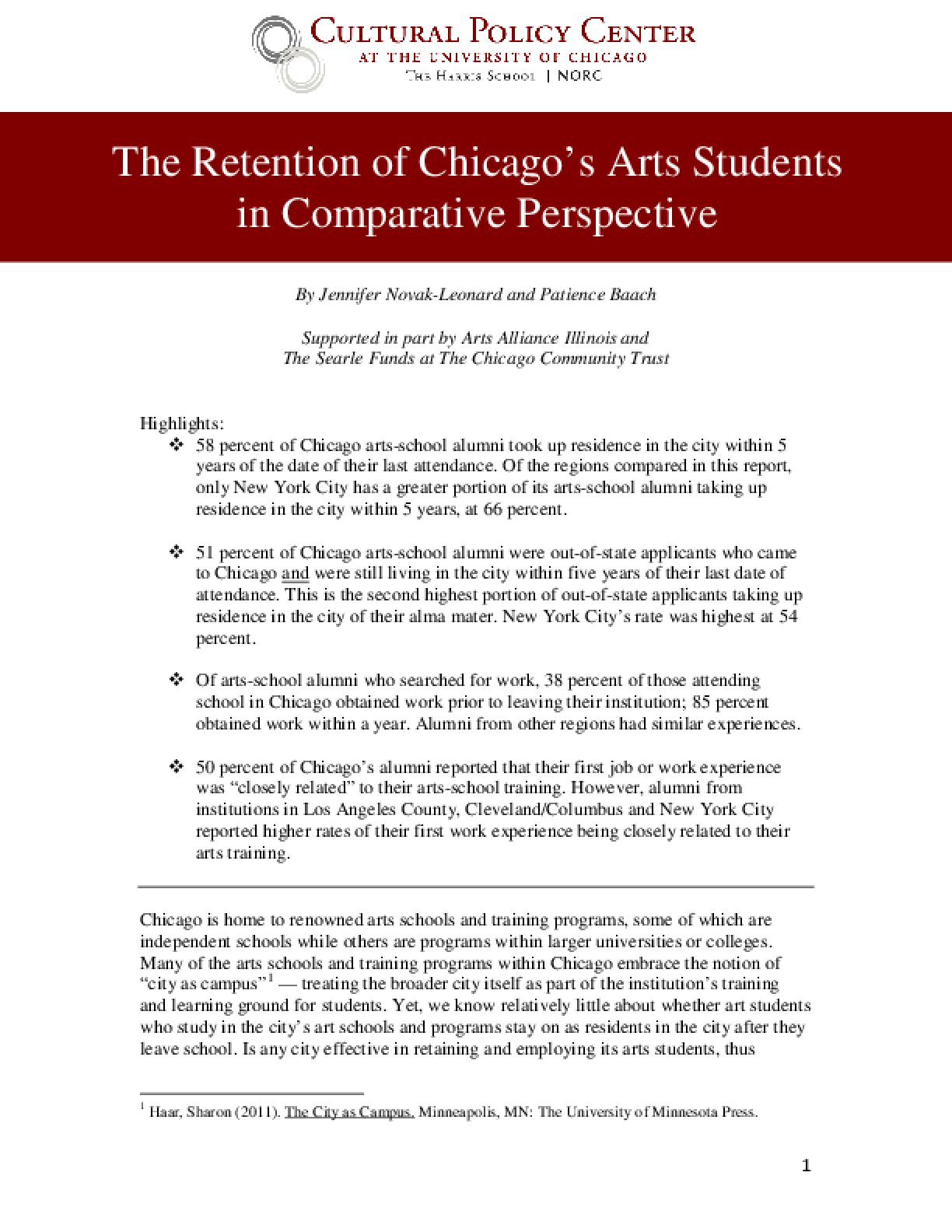