As the Bush administration steps up efforts to obtain congressional approval for a the Central America Free Trade Agreement (CAFTA) NAFTA expansion, Public Citizen released a new report documenting the fate of promises made to members of Congress since 1992 in exchange for their support of controversial trade agreements. The report, "Trade Wars -- Revenge of the Myth: When Trade Vote Deals Go Bad" reveals that of the more than 90 promises made to win trade votes since NAFTA, just 16 were kept. 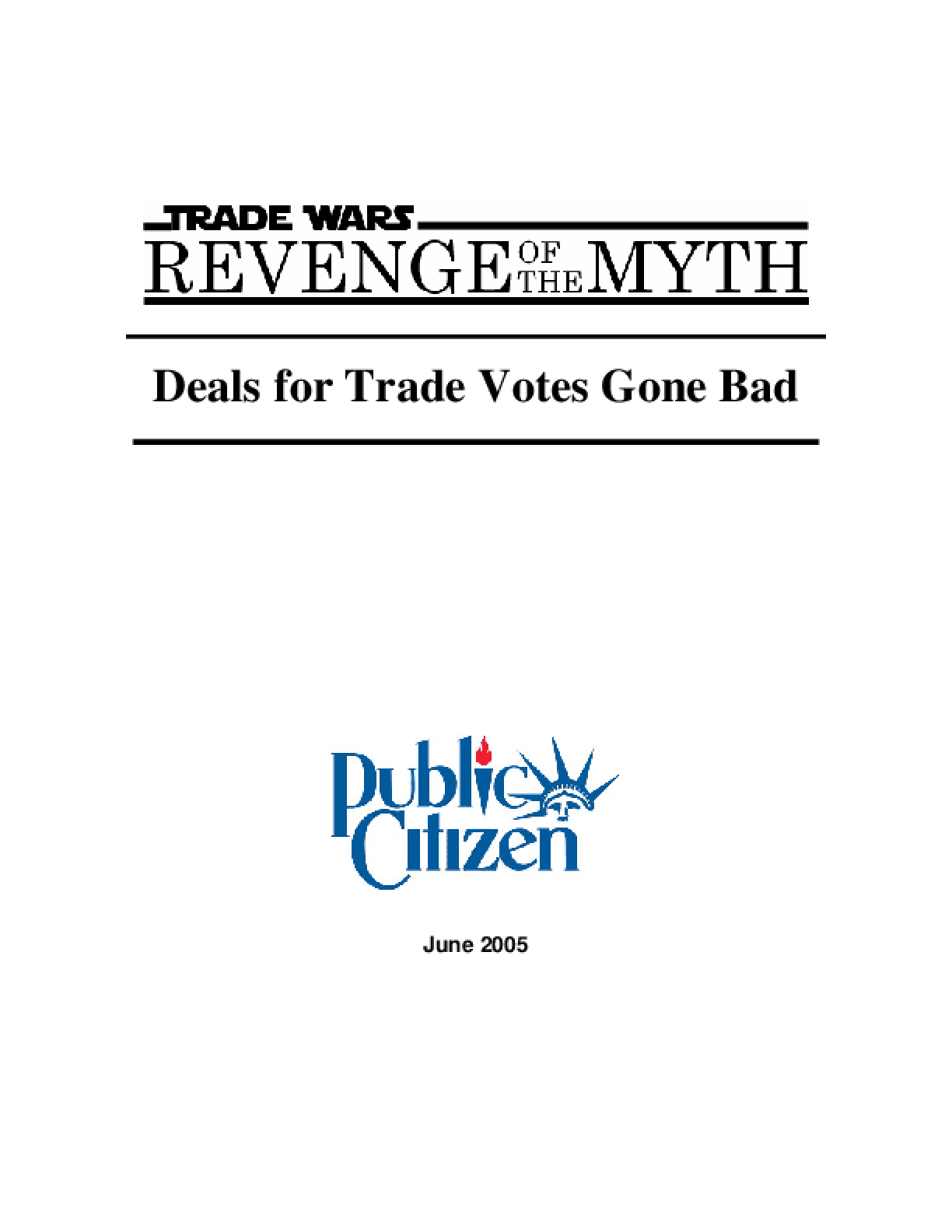