Wheat is one of the world's most important crops, source of almost a fifth of the world's calories. The Rockefeller Foundation has played a major role in wheat development, through its agricultural program of research, technical assistance, and educational extension. This work began with the foundation's support for the Mexican Agricultural Program in 1943, which later developed into the International Maize and Wheat Improvement Center (CIMMYT). Over the following two decades, the foundation expanded its wheat program in South America, South Asia, and the Middle East. Yet while a number of scholars have examined the impacts of this work on wheat cultivation in Mexico and South Asia, little scholarship has looked at how this influence spread to the Middle East (with the exception of some work on Turkey.) 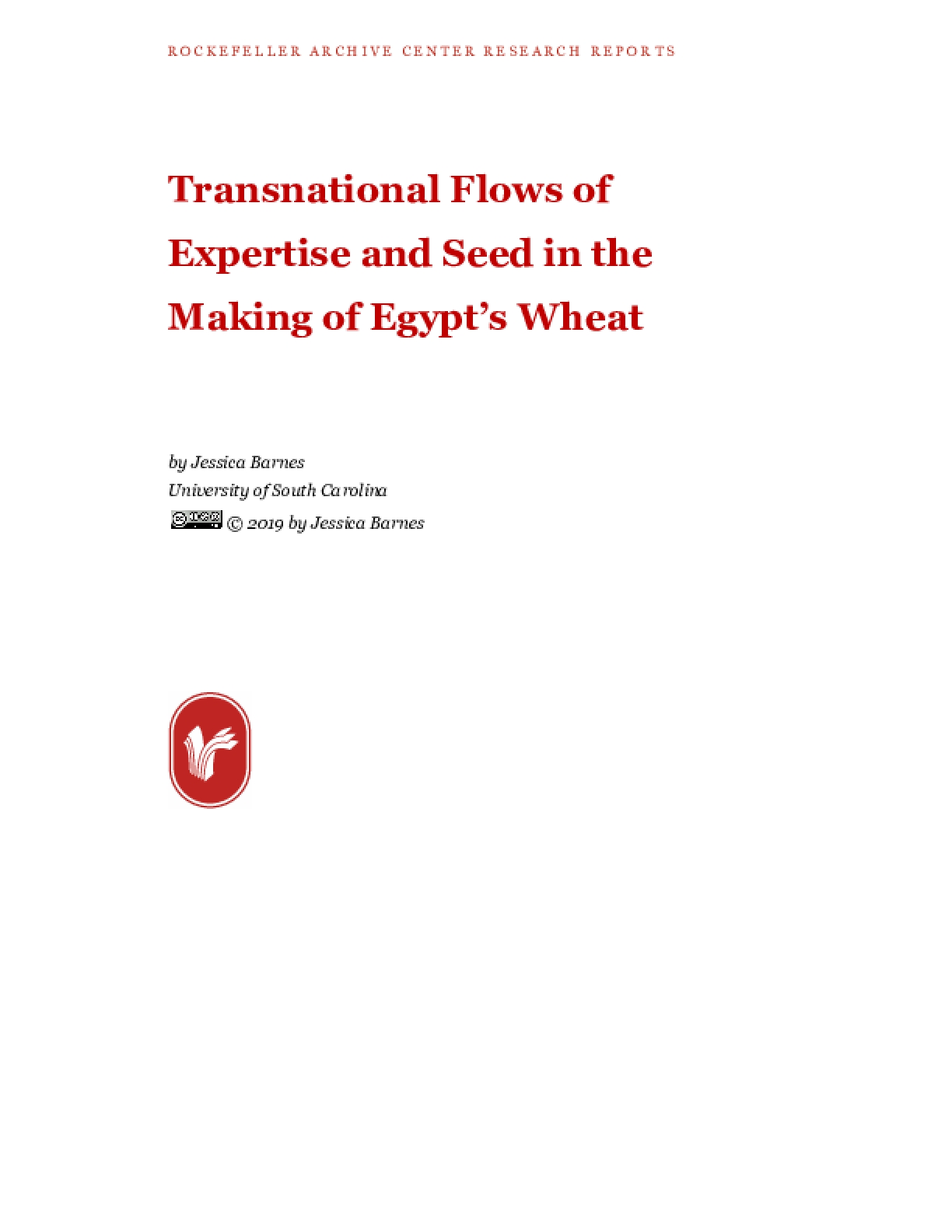