Voice and Agency: Empowering women and girls for shared prosperity

This document presents Voice and Agency: Empowering women and girls for shared prosperity is a major new report by the World Bank that shines a spotlight on the value of voice and agency, the patterns of constraints that limit their realization, and the associated costs, not only to individual women but to their families, communities, and societies. It highlights promising policies and interventions, and it identifies priority areas where further research and more and better data and evidence are needed. Underlining that agency has both intrinsic and instrumental, concrete value, this report puts advancing women's voice and agency squarely on the international development agenda. 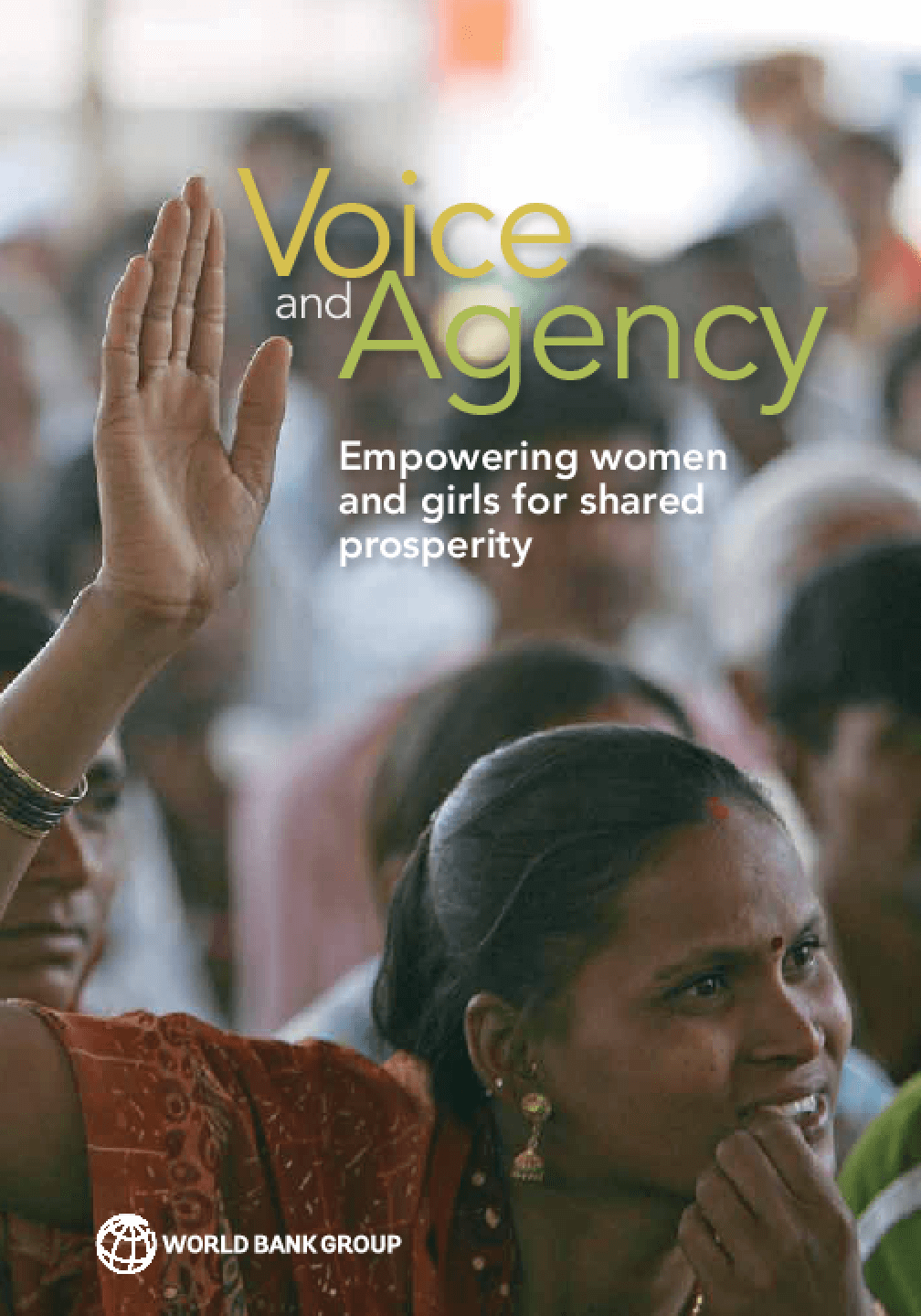