Where Do We Go From Here? Philanthropic Support for Black Men and Boys

Drawing on eight years of grants data and twenty years of history, this report describes important trends in foundation funding for black men and boys. It also describes innovative philanthropic efforts in the field. While disparities faced by black males remain staggering, new partnerships and initiatives based on an assets-based approach and institutional supports may be on the cusp of turning the tide. 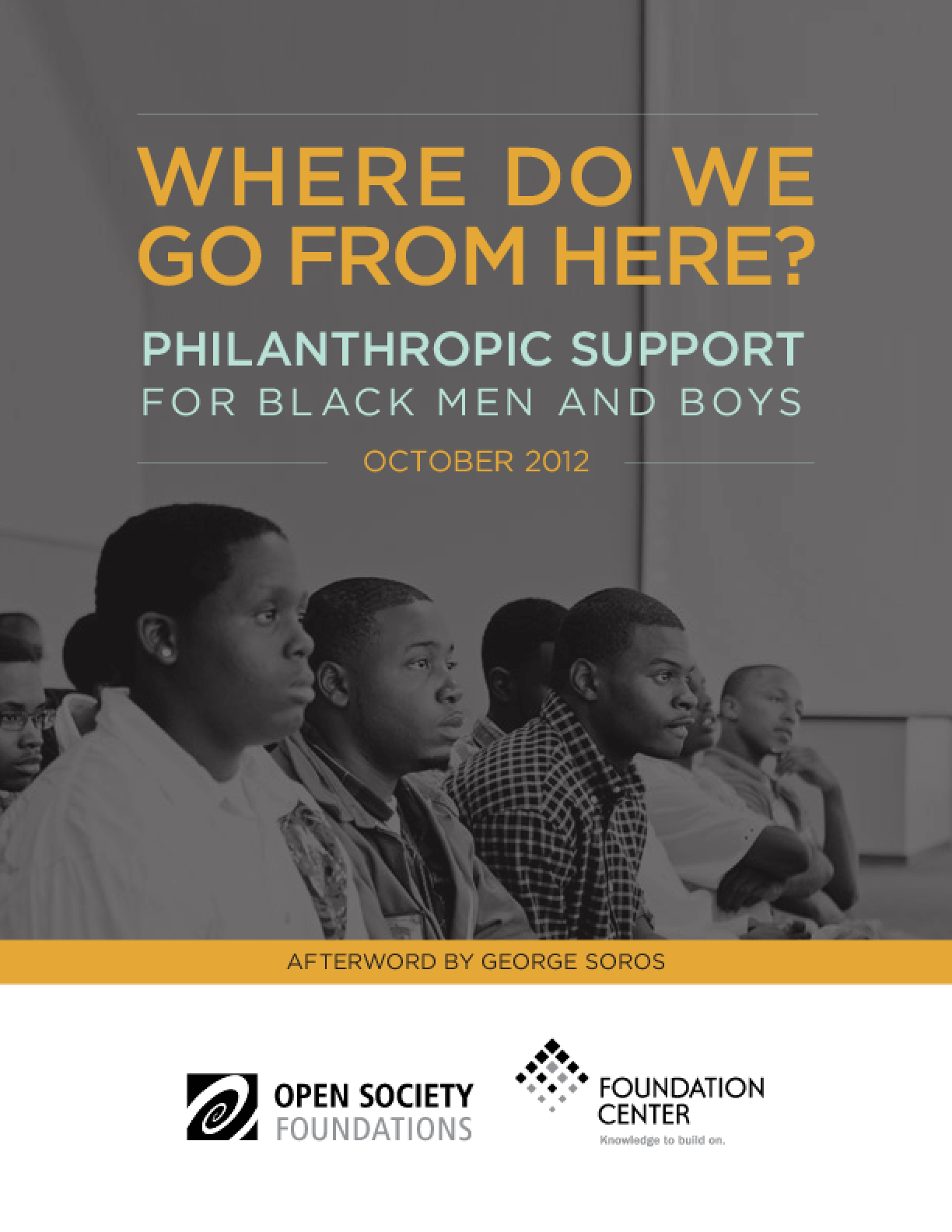