Winning at Any Cost: Doping in Olympic Sports

This report released by CASA and the White House Office of National Drug Control Policy (ONDCP) demonstrates how the high financial stakes for all involved in the Olympics, the explosion in performance-enhancing drugs and the lack of an effective policing system to detect the use of such drugs threaten the very integrity of the Olympic games. Because athletes are important role models for our children, the use of performance-enhancing drugs (a practice called doping in the international sports community) by Olympic athletes threatens the health of America's children, concludes this report of the CASA National Commission on Sports and Substance Abuse, chaired by Rev. Edward A. (Monk) Malloy, president of the University of Notre Dame. 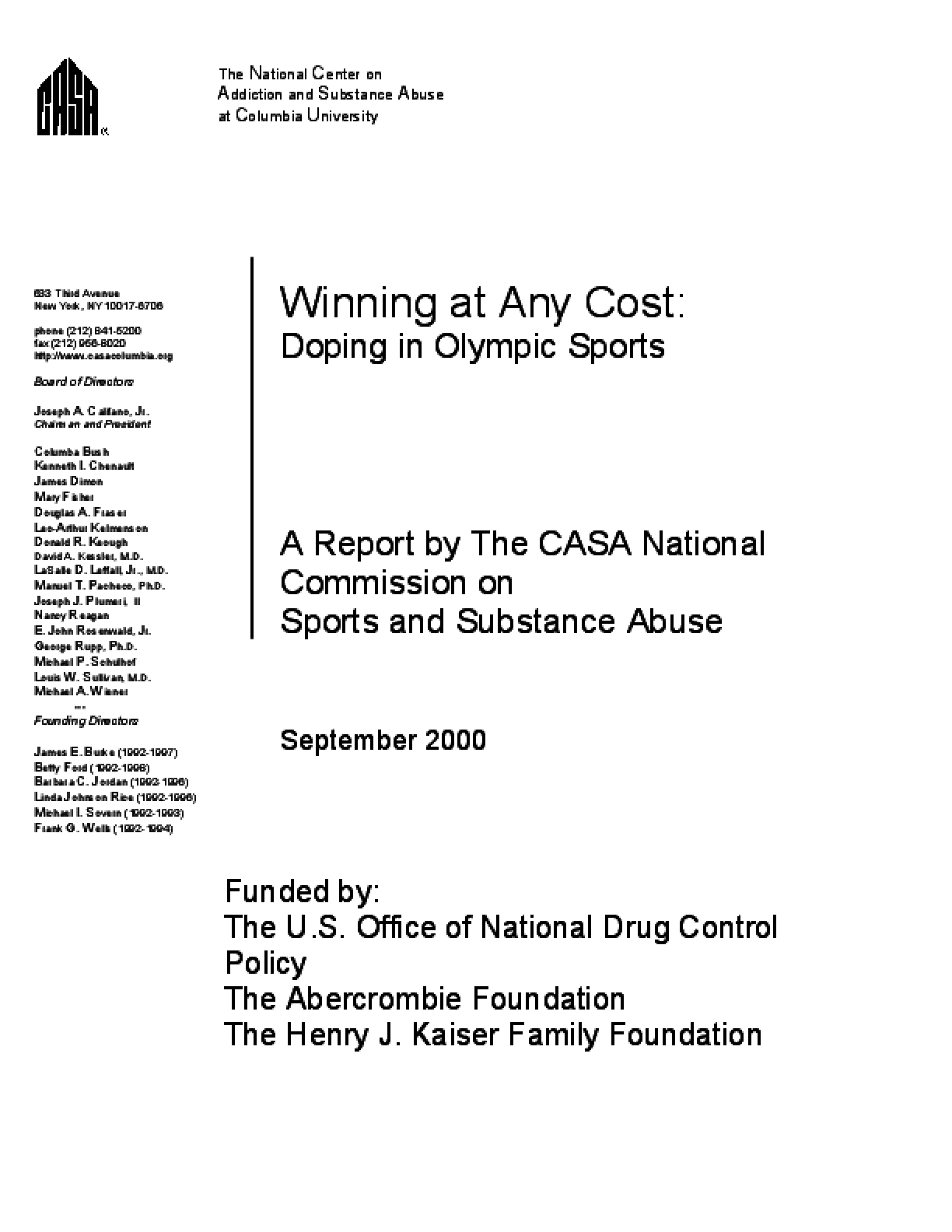