The World Risk Report examines who is at risk from natural disasters, what contributes to this risk and what can be done about it. The record for the decade 2002 to 2011 is alarming: 4,130 disasters, more than a million deaths and an economic loss of at least 1.195 trillion dollars. The centerpiece of the report, the WorldRiskIndex, developed by UNU-EHS in cooperation with the Alliance, determines the risk of becoming the victim of a disaster as a result of natural hazards for 173 countries throughout the world. The Pacific Island states of Vanuatu and Tonga have the highest disaster risk. Malta and Qatar face the lowest risk worldwide. 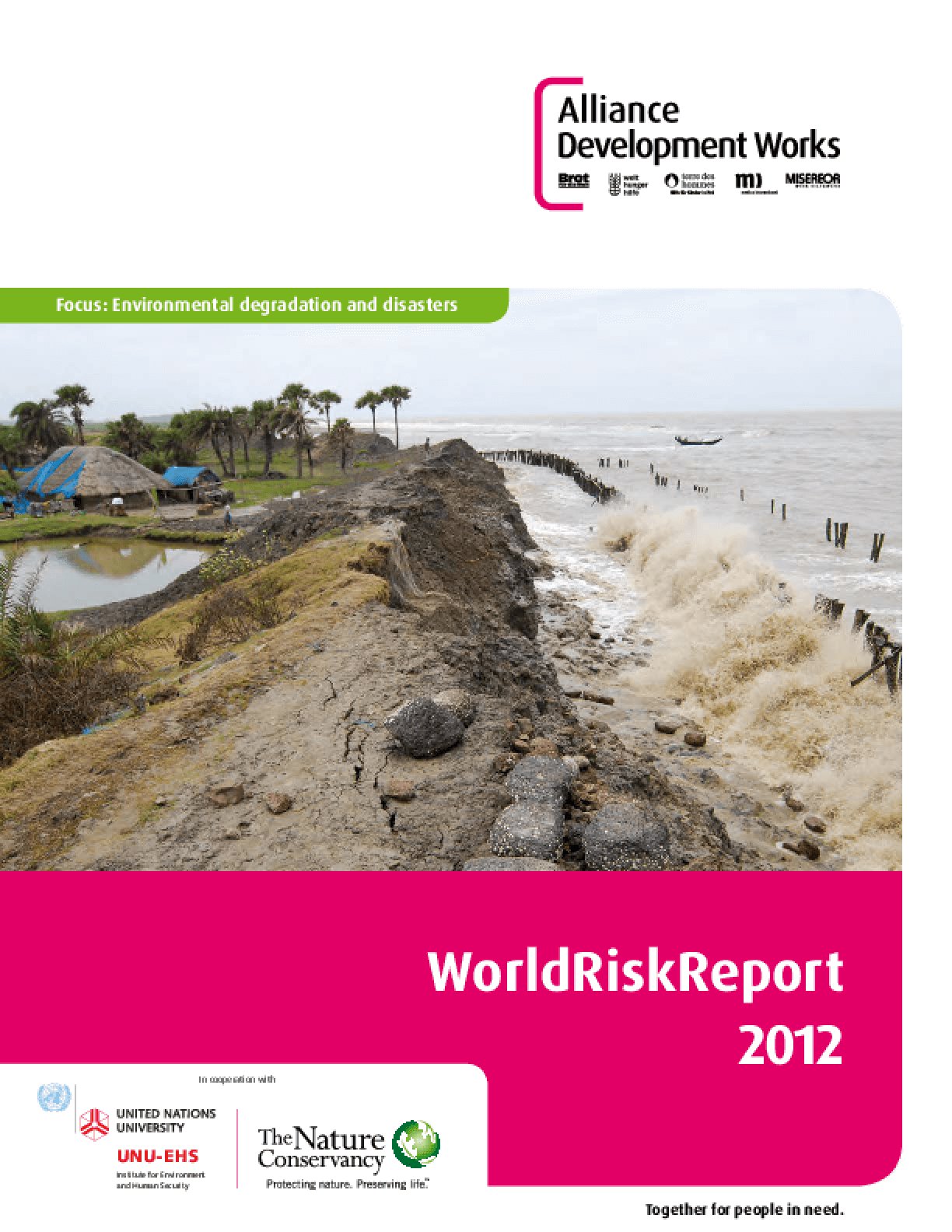